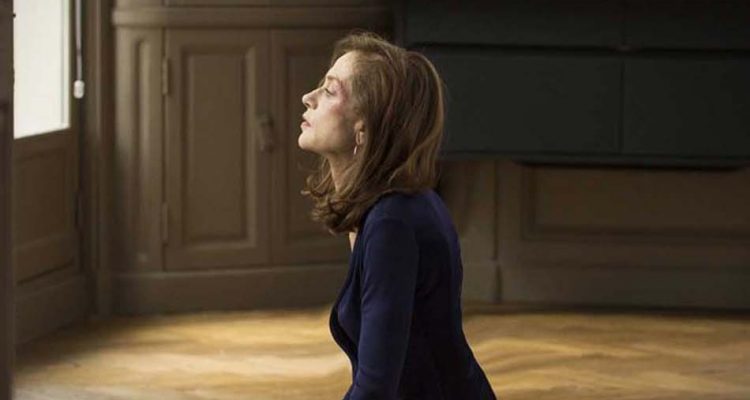 ELLE (France | Germany | Belgium/TBC/130mins)
Directed by Paul Verhoeven. Starring Isabelle Huppert, Virginie Efira, Christian Berkel, Laurent Lafitte, Alice Isaaz.
THE PLOT: Michéle (Isabelle Huppert) is violently raped in her home, but reluctant to involve the police since her father committed violent acts when she was a child, she opens up to a few friends, but carries on in her life as though nothing happened. Flirting with a married neighbour and drawing her attacker back to her, Michéle sets in motion a chain of events that will change her life forever.
THE VERDICT: Screening In Competition at the Cannes Film Festival, ‘Elle’ is director Paul Verhoeven’s first return to the festival since ‘Elle’ was sold at the Cannes market in 2014, and his first film In Com-ppetition since ‘Basic Instinct’ in 1992. Fans of the director of ‘Showgirls’, ‘Total Recall’ and ‘RoboCop’ have mourned his disappearance from Hollywood in a time where sci-fi films feel increasingly sanitised, but should not be surprised that ‘Elle’ is well constructed, controversial and darkly funny.
Isabelle Huppert is in fine form in the lead role as Michéle; never worn down by her experiences – in fact they seem to make the character more honest – Huppert makes the character bitchy, bleakly honest and often hilarious. There is a strong sexual streak to the character, which Huppert has fun with, and a desire to be in control that her violent sexual experiences in the film fulfil. The rest of the cast features Virginie Efira, Christian Berkel, Laurent Lafitte, Alice Isaaz, Anne Consigny, Vimala Pons and Jonas Bloquet who back Huppert up magnificently, perhaps none better than Lafitte who has fun with the light and darker sides of his character.
The screenplay, written for the screen by David Birke and based on the novel ‘Oh…’ by Phillipe Djian, does not shy away from the dark subject matter of the book, but excels in making Michéle strong and rather blunt, with Huppert being given some wonderfully dry lines of dialogue. The subject matter of the film is a difficult one to discuss; after her first assault, it seems that Michéle gains a taste for such violence in her life and actively courts it, making ‘Elle’ controversial to say the least. There is a clear sense that Michéle is written as an unusual woman, and one who responds to violence in a way that many women would not. The murderous father storyline backs this up, but there are plenty of scenes that are dangerous and difficult to watch, even as the film plays up the comedy and frank ridiculousness of Michéle’s life. There are certainly areas of the film that are not clear in depicting Michéle as a woman who desperately needs to be in control, and a lack of emotional involvement from any of the characters in the violence of Michéle’s sexual encounters is worrisome.
Director Paul Verhoeven has coaxed wonderful performances from his cast, that back up the unusual and ridiculous scenario of the film. Tightly paced for the first two acts, the film descends into chaos when certain truths are revealed, and the final 30 minutes feels flabby and drawn out. Verhoeven plays with making the film a thriller, and it could well be if Huppert’s character was not as dry and funny as she is, and this adds to the eerie strangeness of the film. That said, there are plenty of concerning aspects to the film, and ones that feel a little old fashioned in the way they are dealt with. Although the comedy of the film is played up, it is difficult to watch some of the more violent scenes, and even more difficult to laugh at them.
In all, Paul Verhoeven knows exactly what he is doing as he courts controversy in ‘Elle’. There is plenty of debate to be had about the film, and there is much of it that is difficult to watch – even excluding he violent scenes – and in the hands of another actress ‘Elle’ would most certainly have struggled, but Huppert makes Michéle such a ridiculous character that even if you find her sexual choices repugnant – you should – and difficult to watch – again, yep – there is a certain kind of understanding that grows between the character and the audience. Verhoeven has certainly not made violent sexual assault against women something to laugh at in ‘Elle’, but he definitely shows it in a different light.
RATING: 3/5
Review by Brogen Hayes