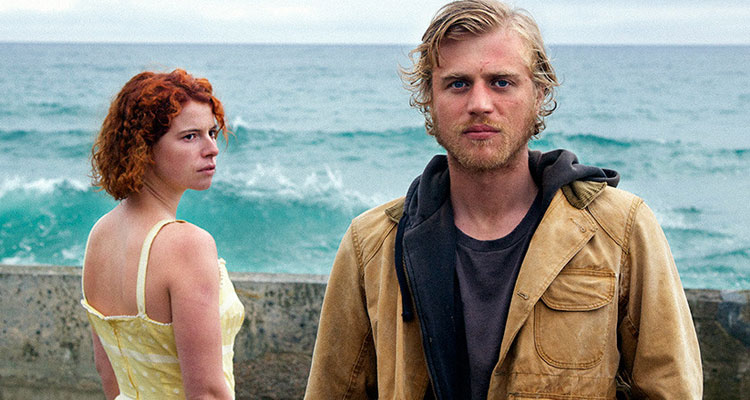 The Plot: Moll (Jessie Buckley) is a quiet, seemingly unassuming young woman who works as a tour guide. She lives with her family on a small island community. Her mother Hilary (Geraldine James) has tasked her with looking after her father, as well as keeping an eye on her young relatives. There’s a killer on the loose, who is abducting and then killing teenage girls. Rejecting the advances of a man on her Birthday, she becomes drawn to ‘bit of rough’ outsider Pascal (Johnny Flynn). There’s an instant attraction there, but Pascal has a troubled past. They soon become an item, much to the dismay of her family and her community – who strongly suspect that Pascal might be the killer…

The Verdict: If there are two things you should take from Beast, it’s these two names: writer/director Michael Pearce and actress Jessie Buckley. We’ll certainly be hearing more from them in the coming years. Not that you would know it, but Beast is the feature debut of Pearce. For this is a simply astonishing film that shows a quiet confidence in its storytelling and direction from the get-go, balanced out with finely-calibrated performances that respond to every nuance of the multi-layered script.

Ostensibly, it appears to be a genre film – that of a thriller set among a closed-knit community, a la Witness. Pearce’s excellent script eschews the trappings of the standard thriller to pursue a strong, singular character piece with genre trappings. Moll is the focus of the film throughout – the camera barely ever leaving her. She’s not all that she seems though. She’s an enigmatic character at best, deeply troubled at worst. That explains her attraction to Pascal early on, both of them being damaged goods. As they fall for each other they play dangerous mind games, drawing the audience deeper into their destructive and yet loving relationship.

Much of the film’s quality is achieved not through dialogue, but through the camera focusing on the faces of the two leads. Buckley is a real find, keeping the audience firmly on her side throughout even if her wild child character has done some questionable things in the past. She has an expressive, mostly calm face that hints at the bubbling turmoil underneath. That can’t be faked and shows the genius of a talented actress crawling into the skin of her character and staying there from take to take. Flynn responds in kind, keeping the audience guessing as to Pascal’s motivations while making his love for Moll evident. Their onscreen chemistry is palpable.

The title of the film could refer to either character, but Pearce is smart enough to leave it open-ended. He achieves a delicate balance between thriller elements, a character piece, a study of familial responsibilities and communal opinions of outsiders. He does all this without resorting to predictable plotting and well-worn clichés – the bane of many a thriller. He barely sets a foot wrong here, which is all the more remarkable for a first feature. Beast is mesmerising and gripping throughout, marking it out as a distinctive film that comes highly recommended.