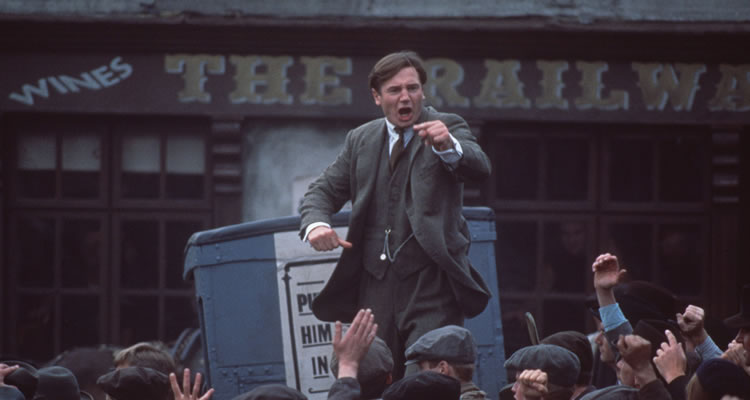 To celebrate the 20th Anniversary of its release in Irish Cinemas and the Centenary of the 1916 Rising, Audi Dublin International Film Festival will host a special event screening of Neil Jordan’s ‘Michael Collins’, the definitive film of Ireland’s struggle for independence.

The film will have its 20th Anniversary Premiere on Saturday, February 20th at The Savoy Cinema on O’Connell Street, attended by Neil Jordan and Cinematographer Chris Menges, followed by an on stage Q&A hosted by Harry McGee. The celebration will also be attended by some of the 4000 extras who took part in the film.

Speaking of her selection of the film, Festival Director Grainne Humphreys said: “I’m thrilled to be able to programme ‘Michael Collins’ in the Audi Dublin International Film Festival. Everyone remembers the excitement in Dublin when it was being filmed and so many people were part of it as extras. The resulting film was and is the great film of the period from Neil Jordan at the height of his filmmaking powers. I expect it will resonate with the festival audience just as beautifully as it did 20 years ago.”

‘Michael Collins’ will be available for the first time on Blu Ray from March 4th in a 20th Anniversary Edition re-mastered with the addition of a new specially recorded Intro and Commentary by director Neil Jordan. This edition will also be available on DVD.

‘Michael Collins’ will be released nationwide in cinemas in a new digital format from March 18th.