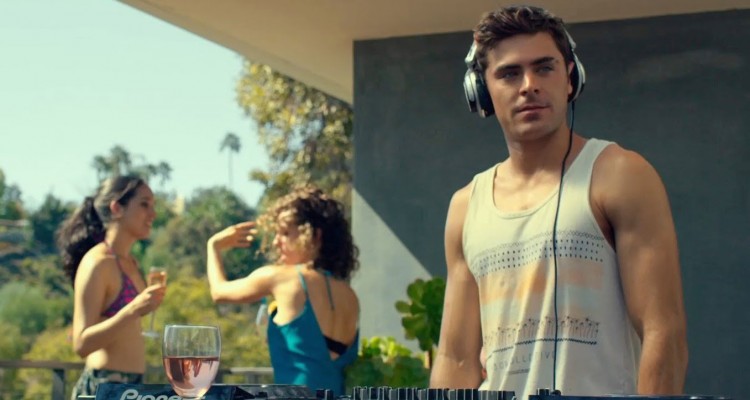 10 things you need to know about Zac Efron

WE ARE YOUR FRIENDS is released in Irish cinemas this week, starring Zac Efron as a young LA DJ trying to make it big. The film is filled with fantastic tracks – including the one the film is named after, by Justice vs Simian – and Zac Efron continues his trend of choosing interesting roles as his star continues to rise.

With this in mind, Movies.ie has gathered together 1o pieces of trivia about the talented young actor.

2. Sing Along
Efron did not actually sing in the first HIGH SCHOOL MUSICAL movie; his singing voice was actually that of singer/songwriter/actor Drew Seeley. That said, Efron did his own singing in the subsequent films, and was offered a record deal by Simon Cowell, which he turned down to focus on his acting.

3. Enough is Enough
Efron did not take part in the 2006 HIGH SCHOOL MUSICAL Tour saying ‘If I had to hear the HIGH SCHOOL MUSICAL songs anymore, I would have jumped off of something really tall’. There are probably thousands of parents out there who would agree with him.

4. Rewind
Although he starred in ME & ORSON WELLES in between shooting the final two HIGH SCHOOL MUSICAL films, Efron’s first major movie role after the series was in 17 AGAIN with Matthew Perry.

5. Influence
Zac Efron was a major reason why Ray Liotta and Kim Basinger took roles in THE DEATH AND LIFE OF CHARLIE ST. CLOUD; so their young daughters, who were fans of Efron, could meet the actor. Aww.

6. Luck!
Efron starred in the seventh adaptation of a Nicholas Sparks novel – THE LUCKY ONE – in a role that was originally earmarked for Ryan Gosling. Lucky indeed!

7. Growing Up
Nicole Kidman and Zac Efron have a dance sequence together in THE PAPERBOY, which Kidman improvised. Efron described filming the scene as ‘The moment I became a man’.

8. Training
Swedish DJ Alesso taught Zac Efron how to be a good DJ and how to mix so he can be prepared for his role in WE ARE YOUR FRIENDS.

9. Coming Up
As well as WE ARE YOUR FRIENDS, Efron has several movies on the way, including DIRTY GRANDPA with Robert DeNiro, and the upcoming BAYWATCH movie, directed by Seth Gordon.

Watch the trailer below...