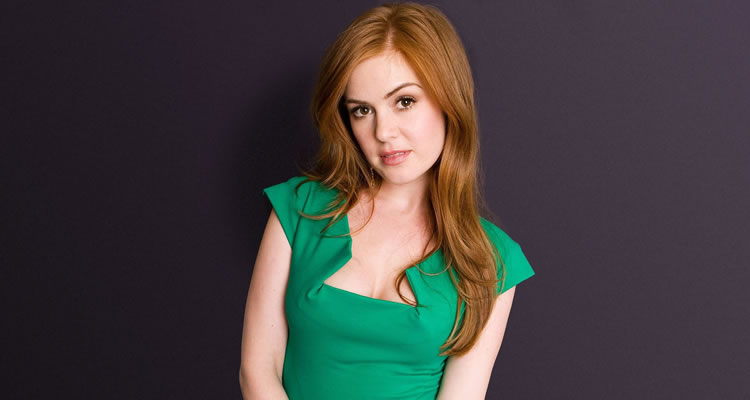 10 things you need to know about Isla Fisher

‘Grimsby’ is released in Irish cinemas this week. Written by Sacha Baron Cohen and directed by Louis Leterrier, ‘Grimsby’ tells the story of two brothers – one a cop and one a football hooligan – who must join forces to save the world. As well as Sacha Baron Cohen, ‘Grimsby’ stars Isla Fisher, and Movies.ie have gathered together 10 facts about the redheaded actress for your reading pleasure.

1. Australia
Although she spent much of her childhood in Australia, and has held onto her accent, Isla Fisher was actually born in Oman and moved to Australia with her family when she was six years old. Fisher’s parents are Scottish – which probably explains the beautiful red hair!

2. The beginnings
Fisher began appearing in commercials on Australian television at the age of 9, before going on to win roles in popular children’s television shows ‘Bay City’ and ‘Paradise Beach’. Of course we at this side of the world first got to know the actress when she she played the role of Shannon Reed on the Australian soap opera ‘Home and Away’ in the 1990s.

3. Writer
Isla Fisher has said that if she had not become successful as an actress, she would probably have become a full time writer. In fact, at the age of 18, she published two teen novels, titled ‘Bewitched’ and ‘Seduced by Fame’.

4. Long Time Love
Fisher first met comedian Sacha Baron Cohen in 2002 at a party in Sydney, Australia. The couple became engaged in 2004 and married six years later in Paris. The couple have three children and Fisher converted to Judaism before her wedding. Oh and in case you were wondering, Fisher is a diminutive 5’3” tall, while her husband towers over her at 6’3”!

5. Workaholic
Isla returned to work four months after giving birth to her daughter Olive in order to begin filming ‘Confessions of a Shopaholic’. Perhaps her workaholic tendencies could help her relate to her character’s struggles.

6. Breathe
Fisher almost drowned on the set of ‘Now You See Me’. In the scene where she is handcuffed inside a tank of water, there were failsafes that would allow her to breathe. When her handcuffs became stuck however, no-one realised at first that she was actually in trouble, thinking it was all part of her performance. Thankfully the stunt co-ordinator finally realised something was amiss and rescued her.

7. Fanatic
Baz Luhrmann is Isla Fisher’s favourite director and she agreed to star in ‘The Great Gatsby’ before she had even read the script. There’s loyalty!

8. Animated
As well as her live action work, Fisher has voiced several animated characters, including the Tooth Fairy in ‘Rise of the Guardians’ and an iguana named Beans in ‘Rango’.

9. Coming Up
As well as ‘Grimsby’, Fisher has several projects in the pipeline, including Tom Ford’s next film ‘Nocturnal Animals’.