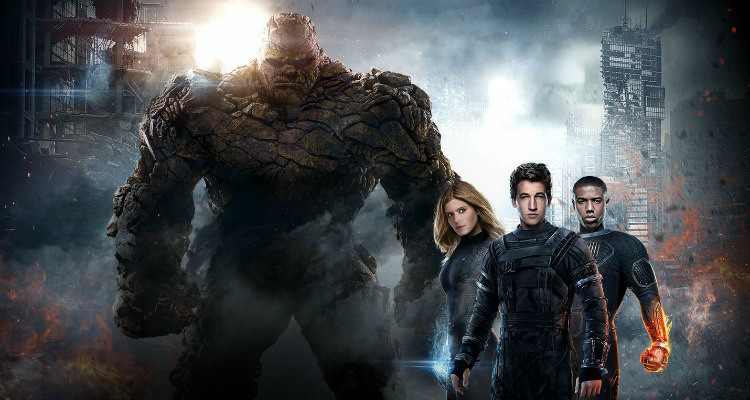 10 things you need to know about FANTASTIC FOUR

This week, FANTASTIC FOUR bursts onto Irish cinema screens, bringing us new versions of the fantastic superheroes and kicking off a whole new franchise in the process; a sequel to the film has already been announced for 2017.

Movies.ie brings you 10 facts about the new FANTASTIC FOUR film, to get you up to speed for its release this week.

1. Humble, yet powerful beginnings
FANTASTIC FOUR director Josh Trank cut his teeth in the superhero genre with CHRONICLE; the 2012 film starring Dane DeHaan, about a group of kids who gain superpowers from a mysterious meteor. Trank was 27 when CHRONICLE topped the US box office, making him one of the youngest directors ever to do so. Speilberg was 28 when he directed JAWS, and James Cameron was 30 when THE TERMINATOR was released.

3. Reboot
In 2005, a FANTASTIC FOUR movie was released, starring Ioan Gruffudd, Jessica Alba, Chris Evans and Michael Chiklis. This was followed by FANTASTIC FOUR: RISE OF THE SILVER SURFER in 2007. This new film is a reboot of the 2005 franchise, which received mixed reviews when it was released.

4. Make-up Free
Jamie Bell plays Ben Grimm AKA The Thing in FANTASTIC FOUR, and for the first time in a ‘Fantastic Four’ film, The Thing will be created in computer-generated imagery rather than prosthetics and make-up. We can’t wait to see how he looks.

5. Return
This is the second Marvel film for both Tim Blake Nelson and Kate Mara, who both appeared in the Marvel Cinematic Universe film series: Nelson played Samuel Sterns in THE INCREDIBLE HULK and Mara played a US Marshal in IRON MAN 2.

7. 2D
FANTASTIC FOUR was originally going to be released in 3D, but at the start of July, director Josh Trank released a statement saying “I want the viewing experience of FANTASTIC FOUR to remain as pure as possible for the audience, which means in 2D, just as we shot the movie”.

8. Celebrate!
FANTASTIC FOUR screenwriter Simon Kinberg described the story as “a celebration of all the ‘Fantastic Four’ comics, the notion of this dysfunctional surrogate family of scientists that come together and this idea that it’s almost more like a science adventure than a superhero film”.

9. Change Up
Miles Teller is the first American actor to portray Reed Richards/Mr Fantastic. Alex Hyde-White and Ioan Gruffudd were both British. In contrast, Jamie Bell is the first British actor to play Ben Grimm/The Thing; his predecessors, Michael Bailey Smith and Michael Chiklis, were American.

10. When can I see FANTASTIC FOUR?
FANTASTIC FOUR is released in Irish cinemas on August 6th 2015. Watch the trailer below…