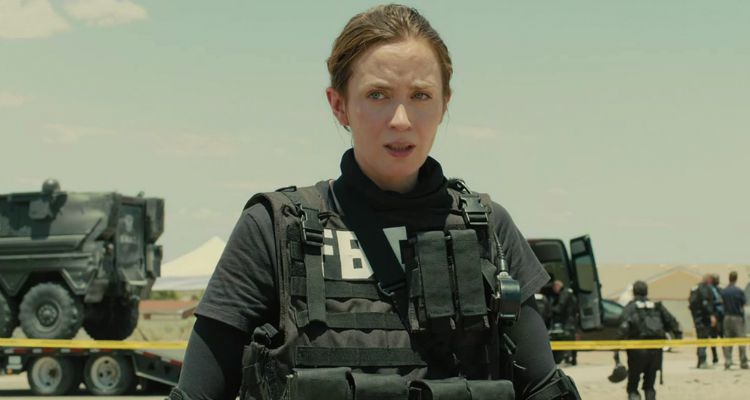 10 things you need to know about Emily Blunt

Emily Blunt is no stranger to playing tough, no-nonsense women, and this week her latest film SICARIO is released in Irish cinemas. Directed by Denis Villeneuve – the director who brought us PRISONERS and ENEMY – the film centres on Blunt’s character, an FBI Agent named Kate Macer who, after a gruesome find at a house raid in Arizona, is asked to volunteer for a task force aimed at taking a Mexican cartel boss down. Initially excited to be finally on the front lines, Macer soon learns that there is more going on in this task force than she has been led to believe.

Here at Movies.ie, we are big fans of Blunt and the complex, real women she creates on screen, so we have compiled 10 things you really should know about this talented actress.

1. Rewrite
Screenwriter for SICARIO, Taylor Sheridan, was encouraged to rewrite Blunt’s character Kate Macy to be a man. Sheridan stuck to his guns, however, as he didn’t believe that rewriting for a man to attract a big name male star was a good enough reason to shift the story’s focus. Hurrah!

2. Love and Romance
Although she is now married to John Krasinski, Blunt previously dated singer Michael Bublé. The two bought a home in Canada together before they split up.

3. Ham it up!
Blunt’s breakout role was in the comedy THE DEVIL WEARS PRADA. Blunt admits that she and her co-star Stanley Tucci competed to see who could be more over-the-top in their scenes. Tucci admits his young co-star won ‘hands down’.

4. Family Ties
Speaking of Stanley Tucci, he and Emily Blunt are related by marriage; Tucci has been married to Blunt’s older sister Felicity since 2012.

5. Casting
As well as being considered for the role of Peggy Carter in CAPTAIN AMERICA: THE FIRST AVENGER, Blunt was originally cast as Natasha Rushman/Black Widow in IRON MAN 2, but had to drop out due to a scheduling clash with GULLIVER’S TRAVELS. As a result Scarlett Johansson was cast instead.

6. Overcoming the Odds
Emily stuttered severely as a young girl and ultimately overcame her problem by turning to acting and adopting different accents. She cites Colin Firth’s stammering King George VI in the THE KING’S SPEECH as an accurate depiction of how she actually spoke as a youth.

7. Citizen
Blunt became a naturalised citizen of the United States earlier this year. She took dual-citizenship in the USA. Anyone else think that her wanting to hang on to her UK identity may have something to do with the fact that she played a young Queen Victoria in THE YOUNG VICTORIA? Just us!?

8. Connections
In 2010, Blunt filmed WILD TARGET with Martin Freeman. In a small concidence, Freeman appeared in the original UK TV series THE OFFICE, playing Tim Canterbury. When the show was translated to the US, the equivalent character of Tim Canterbury – Jim Halpert – was played by Blunt’s husband John Krasinski.

9. Edge of Tomorrow
Emily Blunt admitted that after putting on the metal suit she wore for the battle scenes in THE EDGE OF TOMORROW, she started crying because it was so heavy and she would have to perform action scenes in it for five months. Tom Cruise jokingly told her to ‘stop being such a wuss’. Blunt went on to perform a lot of her own stunts for the movie.

10. When can I see SICARIO?
SICARIO is released in Irish cinemas on October 8th 2015. Watch the trailer below…