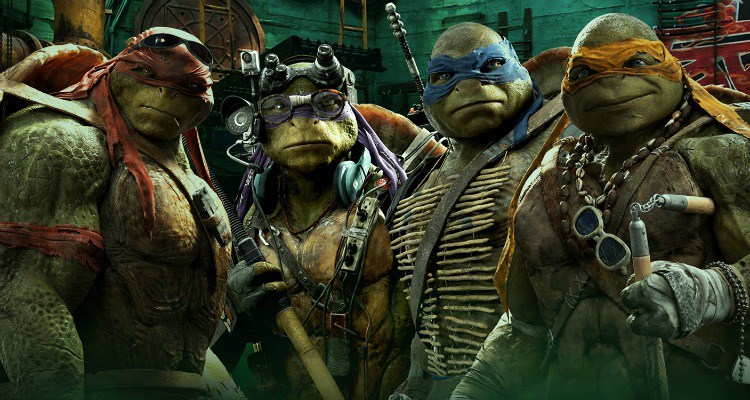 10 things you need to know about ‘TEENAGE MUTANT NINJA TURTLES: OUT OF THE SHADOWS’

This week those pizza loving, crime-fighting turtles return to Irish cinemas in ‘Teenage Mutant Ninja Turtles: Out of the Shadows’. The film follows Donatello, Leonardo, Michaelangelo and Raphael as they take on new mutants Bebop and Rocksteady. As they battle the mutants’ creator Baxter Stockman – who is working on the orders of their old enemy The Shredder – the turtles also discover a retro-mutagen that may give them the chance to become human.

To celebrate the release of ‘Teenage Mutant Ninja Turtles: Out of the Shadows’, Movies.ie has gathered together 10 facts about the movie that you really ought to know…

2. Director
Director Jonathan Liebesman has not returned to direct the sequel. Liebesman is replaced by Dave Green, best known for his kids sci-fi adventure ‘Earth to Echo’, but also directed a short for Funny or Die, titled ‘Dial M for Murder’.

3. Fanboy
Dave Green seems like a great choice for directing this new big screen outing of the ‘Teenage Mutant Ninja Turtles’’ he was a huge fan of the Turtles as a child, and even used to dress up as Donatello.

4. Return
Megan Fox returns to this sequel to the 2014 film, as friend of the turtles; newscaster April O’Neill. Will Arnett and William Fitchner are also returning, with Brian Tee taking on the role of The Shredder, replacing Tohoru Masamune from the first film. Johnny Knoxville does not reprise his role as Leonardo, he is replaced by Pete Ploszek.

5. Cameo
Judith Hoag played April O’Neil in the 1990 ‘Teenage Mutant Ninja Turtles’ movie. Hoag has a cameo in this new movie and also appeared in the Michael Bay film ‘Armageddon’.

6. Green Arrow
Stephen Amell – arguably best known for playing Oliver McQueen/The Green Arrow in the TV series ‘Arrow’ – joins the cast as Casey Jones. Jones is a vigilante and ally of the Turtles, who is often romantically linked with April O’Neill.

8. Irish connection
WWE wrestler Sheamus – whose real name is Stephen Farrelly – brings some Irish charm to the film; he takes on the role of mutant Rocksteady. Sheamus has also appeared in the films ‘ The Escapist’, ‘Assault of Darkness’ and ‘Mortdecai’.

9. Tagline
The original tagline for ‘Teenage Mutant Ninja Turtles: Out of the Shadows’ was going to be “Half Shell”, as a reference to the tagline from the animated show, but this was changed to “Raise some Shell” instead.