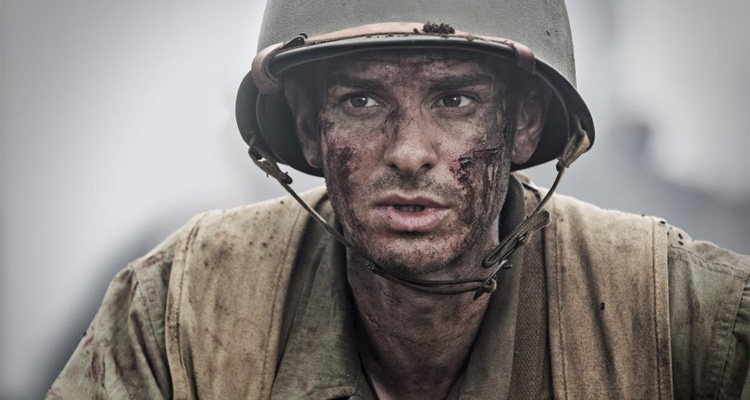 Mel Gibson’s most recent directorial offering, ‘Hacksaw Ridge’, is released in Irish cinemas this week. The story of Desmond Doss (Andrew Garfield), a World War II soldier who just so happens to be a conscientious objector as well as a Seventh-day Adventist. Due to his beliefs, Doss refuses to handle weapons or train on Saturdays, but when he is sent to Okinawa to serve as a combat medic, Doss distinguishes himself by throwing himself into dangerous situations to save his fellow soldiers.

To celebrate the release of ‘Hacksaw Ridge’ in Irish cinemas, Movies.ie has gathered together 10 facts about the film that you really ought to know.

1. Long Awaited
‘Hacksaw Ridge’ is the first film that Mel Gibson has directed in 10 years, since his Mayan drama “Apocalypto’.

2. Collaboration
‘Hacksaw Ridge’ marks the film debut of Milo Gibson, who plays Lucky Ford in the film. Milo is the sixth child of director Mel Gibson, and previously worked as production staff on the 2014 Oscars. ‘Hacksaw Ridge’ is the first collaboration between the elder and younger Gibsons.

3. Development Hell
‘Hacksaw Ridge’ was in the works for 14 years before Mel Gibson finally signed on as director – after turning down the job twice. Once Gibson came on board in 2014, the film was made quickly; filming wrapped in 2015.

4. Dispute
Desmond Doss – played in ‘Hacksaw Ridge’ by Andrew Garfield – claims to have saved the lives of 50 people at the Battle of Okinawa. Others claim that it was as many as 100. Finally an accord was reached, and the difference was split; Doss is now credited with saving 75 lives.

6. Three time’s the charm
James Horner was originally hired to compose the score, after previously working with Mel Gibson on ‘The Man Without a Face’, ‘Braveheart’ and ‘Apocalypto’. After Horner’s sudden death, John Debney, who had composed the score for ‘The Passion of the Christ’ was chosen as the film’s composer. Debney’s completed score, however, was rejected and he was replaced by Rupert Gregson-Williams for the final cut.

7. Real hero
According to Mel Gibson, he was moved to make the film because he considers Desmond Doss to be a real-life superhero; one that did not need to wear spandex.

8. Reception
‘Hacksaw Ridge’ received a rapturous standing ovation at the Venice Film Festival last year. According to Mel Gibson, who timed the applause, it lasted for an impressive 9 minutes and 48 seconds.

9. War/Anti-War
When we spoke to Mel Gibson last year at the Cannes Film Festival, he not only raved about working with Andrew Garfield, but how inspiring he found the subject matter of ‘Hacksaw Ridge’, saying “It’s a war film, but it’s a wonderful anti-war statement as well”.

10. When can I see ‘Hacksaw Ridge?’
‘Hacksaw Ridge’ is released in Irish cinemas on January 27th 2017. Watch the trailer below…