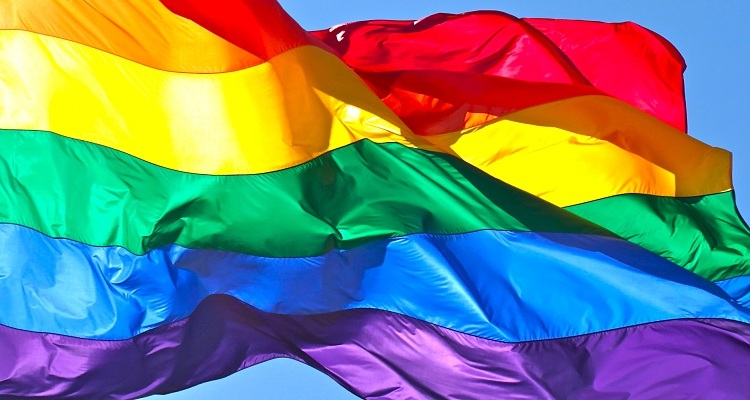 10 Movies To Watch During Pride Week

Dublin Pride kicked off on June 19th and continues until Sunday 28th, with the raucous and colourful pride Parade taking place on Saturday June 27th. Dublin Pride is sure to be huge this year, since the Marriage Equality referendum passed last month, and to get you into the swing of things, and to help you celebrate, Movies.ie has gathered together some of the best LGBTQ films to watch this Pride Week.

If you have ever watched RuPaul’s Drag Race – and if not, why not!? – then you will know the contestants ‘read’ one another (playfully insult, with a hint of malice) in ‘the great tradition of PARIS IS BURNING’. Released in 1990, PARIS IS BURNING is a documentary by Jennie Livingston, which documents the Drag Ball culture of New York City, a culture that has been in decline for many years.
The film explores the concept of the drag ball, and interviews contestants and audience members alike, including prominent members of the scene, Pepper LaBeija, Dorian Corey, Angie Xtravaganza, and Willi Ninja. What emerges is an examination of gender, race and class in 1980s America. Hilarious, insightful and heartbreaking.

Director Kimberly Peirce brings the true story of transgender man Brandon Teena to the big screen. Played by Hillary Swank, Brandon moves to a small town to escape his past, befriends ex-convicts John Lotter (Peter Sarsgaard) and Tom Nissen (Brendan Sexton III), and their friends Candace (Alicia Goranson) and Lana Tisdel (Chloë Sevigny). When it is discovered that Brandon is transgender, however, the reactions from his newfound friends are violent and eventually, deadly.
Swank lived as a man for a month to prepare for her role as Brandon Teena, and earned just $3,000 dollars for her work on the film. The resulting doomed romance film was highly praised however, with Swank going on to win an Oscar for her role as Brandon. The film is a powerful examination of living in secret, and the violence stemming from fear and misunderstanding that ended Teena’s life.

Based on Annie Proulx’s short story of the same name, BROKEBACK MOUNTAIN stars Heath Ledger and Jake Gyllenhaal as two ranchers who spend a summer herding sheep in the Wyoming mountains, and find themselves drawn to one another. Although the relationship starts as purely physical, it is not long before the emotional connection between the two men deepens and leads to an affair that spans twenty years.
Much like BOYS DON’T CRY, BROKEBACK MOUNTAIN is a film that deals with the fear and suspicion about anyone being different at a certain time in history. The film carefully paints Ennis (Ledger) and Jack (Gyllenhaal) as two men who fall in love, but does not define them as gay, bisexual or anything else, instead allowing the relationship to speak for itself.

During the miner’s strike of the 1980s, a group of gay and lesbian activists decide to support the miners and their families, by raising money. When it seems that no-one will accept the money they have raised, they go direct to the people that need it; the residents of a small mining town in Wales. Their presence shakes up some old prejudices, but ultimately creates some unlikely bonds.
Director Matthew Warchus skilfully combines the stories of the miners and gay activists, while allowing the underlying themes and fears to filter through. The celebratory scenes are a joy, and the emotional ones incredibly touching.

Filmed in 1984 and released in 1986, PARTING GLANCES was one of the first US films to deal with the rising pandemic of AIDS/HIV.
The story focuses on a 24-hour period as Robert (John Bolger) prepares to leave for a work assignment in Africa lasting two years. Robert’s partner Michael (Richard Ganoung) is staying behind, and is sent into anguish over the prospect of losing both his partner and his ex-boyrfriend Nick (Steve Buscemi) who is living with AIDS. The party going on around the central triangle may be rowdy, but the emotional turmoil at the heart of the film is real and engaging.
Director Bill Sherwood died of AIDS in 1990, never completing another film, but PARTING GLANCES remains his legacy as the film deals with AIDS on screen, an issue that was already a catastrophe, but misunderstood by many Americans. The film also gave Steve Buscemi one of his first major movie roles.

One of the late great Robin Williams’ most beloved films, THE BIRDCAGE is a remake of the 1978 Franco-Italian film, LA CAGE AUX FOLLES. Williams stars as Armand, the owner of a Miami nightclub named ‘The Birdcage’; his partner Albert (Nathan Lane) is the highly strung star of the club, under his drag persona Starina. When Armand’s son Val (Dan Futterman) comes to visit and announces his intention to marry Barbara (Calista Flockhart), the daughter of a Republican Senator, all hell breaks loose in the house, as Armand and Albert try to hide who they are to impress Barbara’s parents.
THE BIRDCAGE is full of laughs and unexpected slapstick – mainly thanks to Hank Azari – but it also goes beneath the surface of the stereotypical characters that Williams and Lane play, to find a true heart and emotional realness to the men. That said, the audience is never bashed over the head with the film’s message, which is carefully hidden under layers of comedy and entertainment.

THE ADVENTURES OF PRISCILLA, QUEEN OF THE DESERT

Drag Queen Mitzi Del Bra (Hugo Weaving) is offered a job for a month in the Australian town of Alice Springs. Setting out from her home town of Sydney in a tour bus nicknamed Priscilla, Del Bra convinces Bernadette Bassinger (Terence Stamp), a recently bereaved transsexual woman, and Adam Whitely (Guy Pearce), a flamboyant and obnoxious younger drag queen who goes under the drag name Felicia Jollygoodfellow, to join her on the road. Of course, secrets are revealed and biases questioned as the trio drive across Australia in search of work.
THE ADVENTURES OF PRISCILLA, QUEEN OF THE DESERT was a massive success in its native Australia and around the world. The film was praised as being significant for different nationalities and subcultures in different ways, with Roger Ebert noting ‘the real subject of the movie is not homosexuality, not drag queens, not showbiz, but simply the life of a middle-aged person trapped in a job that has become tiresome’.

Gay rights activist and politician Harvey Milk was the first openly gay person to be elected to public office in California, as a member of the San Francisco Board of Supervisors in 1977. The following year, after a tense and troubled working relationship with fellow Supervisor Dan White (Josh Brolin), White shoots and kills Milk (Sean Penn) and the defeat of a Bill that would have banned gay and lesbian people from working in California’s public schools.
MILK was praised not only as a history lesson, but an examination of real lives. Sean Penn was praised for his careful and strong performance as Harvey Milk. The film is a heart wrenching and powerful look behind the scenes of politics, made particularly poignant after Proposition 8 was passed in Califormia, effectively stripping same sex couples of the right to marry.

Felicity Huffman stars as Bree, a pre-operative transgender woman who discovers she has a son at the other side of the country when she gets an unexpected phone call from him. Bree flies to New York, pretending to be a Christian Missionary, and convinces Toby (Kevin Zegers) to drive back to LA with her. Of course, secrets can only be kept for so long, and just as Bree is hding her true identity from her son, he is keeping a secret from her.
Like THE ADVENTURES OF PRISCILLA, QUEEN OF THE DESERT, TRANSAMERICA is a road movie, but like so many of the other films on this list, the film also deals with fear causing characters to hide who they really are, when all they want is to be seen and accepted. Felicity Huffman was praised for her performance as Bree, playing the role with tact and elegance.

What would Pride Week be without a viewing of a John Waters movie!? There was plenty of debate as to which one to include, but PINK FLAMINGOS won, since it is truly the film that made drag queen Divine a star.
PINK FLAMINGOS is a colourful, twisted and deliberately off colour comedy from HAIRSPRAY director John Waters, which tells the story of Divine, who is named the ‘Filthiest Person Alive’. The film is full of grotesque imagery, nudity and disturbing scenes, but is also incredibly funny and has become a cult classic. It’s just not one for the squeamish out there!

Honourable Mentions to…THE WIZARD OF OZ, THE ROCKY HORROR PICTURE SHOW, BUT I’M A CHEERLEADER!, HEDWIG AND THE ANGRY ITCH, MY BEAUTIFUL LAUNDRETTE, STARRBOOTY and TOO WONG FOO, THANKS FOR EVERYTHING! JULIE NEWMAR.

Do you have a Pride Week favourite? Let us know in the comments below.