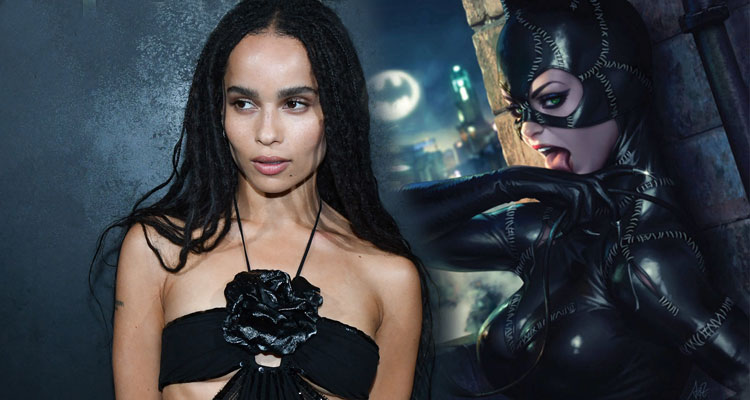 Zoe Kravitz to Play Catwoman in THE BATMAN

Zoe Kravitz (‘Big Little Lies,’ ‘Fantastic Beasts’) has landed the role of Selina Kyle aka Catwoman in ‘The Batman.’

Matt Reeves (‘War for the Planet of the Apes,’ ‘Cloverfield’) is behind the camera for the Caped Crusader’s solo outing with Robert Pattinson playing the Gotham vigilante. As previously revealed, the film will be a character-driven noir tale with heavy focus on Batman’s detective skills.

Kravitz, who reportedly beat out the like of Ana de Armas (‘Blade Runner 2049’), Ella Balinska (‘Charlie’s Angels’), and Eiza Gonzalez (‘Baby Driver’), is no stranger to the role of Catwoman, having voiced the character for 2017’s ‘The Lego Batman Movie.’

Jeffrey Wright is also on board, taking on the role of Commissioner Gordon, while Jonah Hill is in talks for a mystery villain role, possibly that of Riddler or The Penguin.

‘The Batman’ is scheduled for a June 2021 release.