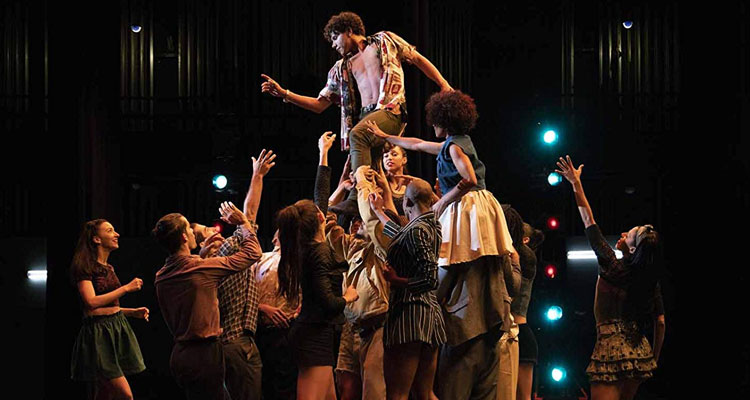 The Plot: In this rags-to-riches true-life story, we follow Carlos Acosta’s journey from dirt-poor kid in Havana, Cuba to worldwide acclaim as a contemporary ballet dancer at the Royal Ballet in London. His story is framed through a modern-day perspective, where Acosta runs his own dance troupe in Havana. Now in his 40s, he looks back on his youth, where his younger selves (played by Keyvin Martinez and Edison Olbera Nunez) play out his story in colourful vignettes. How did a boy who didn’t really want to dance rise to the top of his profession and become the first black principal dancer at the Royal Ballet?

The Verdict: Following on the fleet-footed steps of The White Crow is another film about a famed male ballet dancer. Yuli: The Carlos Acosta Story is a different take though. While there are some similarities between Carlos Acosta and Rudolf Nureyev (humble origins, a defiant lack of respect for authority figures), the way their stories unfold is told in a different narrative manner. When we first meet young Carlos, he’s a street kid break-dancing on the streets of Havana. He’s the son of a lorry driver and the grandson of a slave, but his father Pedro (Santiago Alfonso) instils in him that he must have a better life than any of them. He puts Carlos in a dancing school, even though Carlos isn’t all that interested. His burgeoning talent for ballet results in him studying in Switzerland and then Italy. The rest is history.

Spanish director Iciar Bollain, who made the sweetly touching The Olive Tree, structures her biopic in a most unconventional manner. Part documentary, part dramatisation, part tribute to a remarkable talent, her film is infused with the essence of Acosta himself. In a sense, he’s the star of his own film. Not that you would know it from watching him talk about the film – he’s humble to a fault, stressing that he now wants to give something back to his mother country and train up other young dancers who dream of a better life. The multi-level structure of the film is intriguing to say the least. All the disparate elements work to serve to the story, which is skilfully written by Ken Loach’s frequent collaborator and screenwriter Paul Laverty. It’s based on Acosta’s autobiography No Way Home.

Laverty’s script touches on a number of themes – the role of family, a father’s influence, national identity, personal success. Refreshingly, he doesn’t touch upon race. Representation in the elitist world of ballet is simply a non-issue here. It’s the talent that matters, not the colour of Acosta’s skin. Weighing in at under 2 hours, it’s not a wide-ranging biopic. It doesn’t need to be though. There’s more than enough in the carefully edited time-spanning segments to paint a colourful portrait of this contemporary ballet dancer and how he danced himself into the limelight. Bollain also includes some startling dance sequences in the present day, which draw from Acosta’s early life experiences. Yuli: The Carlos Acosta Story is an unusual biopic which entertains and dances to the beat of its subject’s dreams.