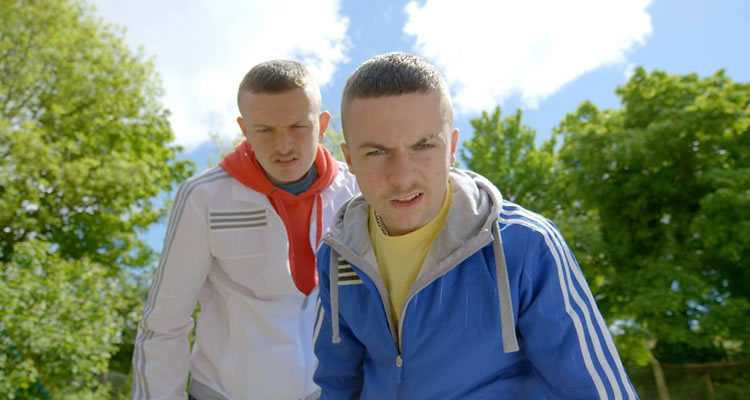 Hilarious new Irish movie ‘The Young Offenders’ opens in Irish cinemas this month. Its already earned some of the best reviews of the year from critics and is sure to be a hit with audiences. The below interview chats to rising actors Alex Murphy and Chris Walley. The film co-stars comedian PJ Gallagher (from Naked Camera) & Hillary Rose (from RTE’s Republic Of Telly).


More on THE YOUNG OFFENDERS
Critically acclaimed new Irish comedy The Young Offenders hits Irish cinemas from Friday September 16th. The film was shot in some of the most iconic locations around Cork city and along the Wild Atlantic Way last summer. Inspired by Ireland’s biggest cocaine seizure of €440 million off the coast of Cork in 2007, The Young Offenders follows two Cork inner-city teenagers, Conor and Jock, as they embark on a 160km road trip on stolen bikes in the hopes of finding an unrecovered bale of coke. The film is directed by first-time feature writer/director Peter Foott and introduces new talents Alex Murphy and Chris Walley. Well known stand-up comedian PJ Gallagher (Naked Camera) and Hilary Rose (Republic of Telly) also star in the comedy. Foott is no stranger to comedy as he is an award-winning writer/director on the ‘Republic of Telly’ who also directed The Rubberbandits infamous ‘Horse Outside’ video.