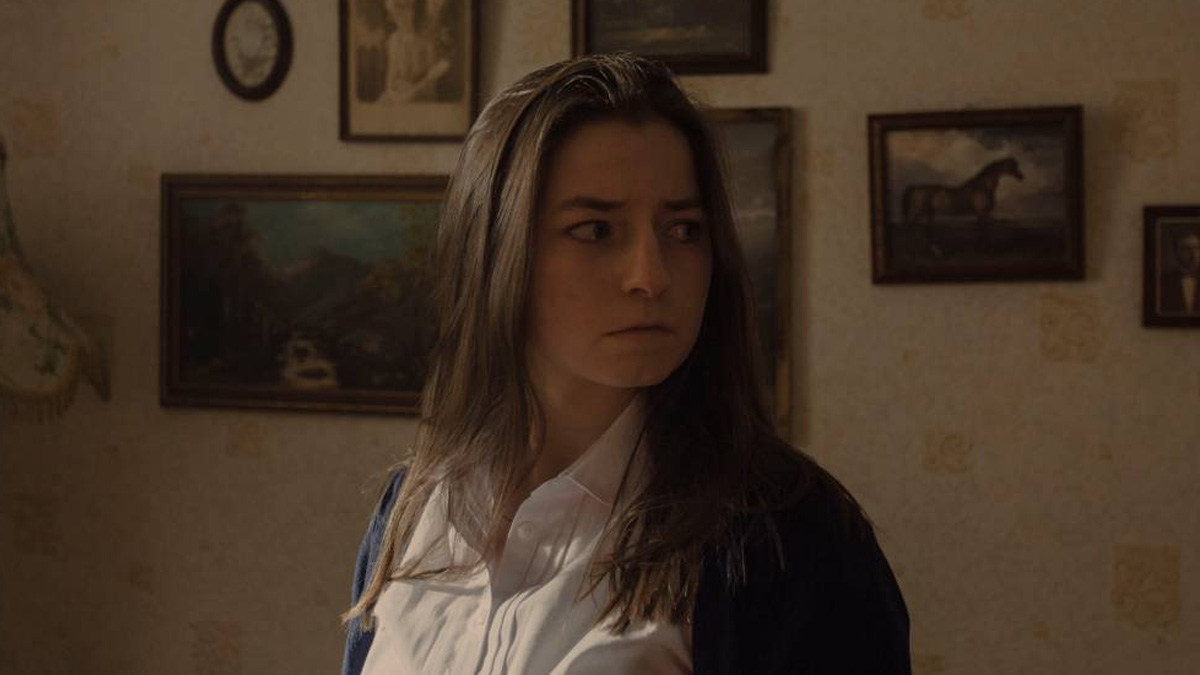 You Are Not My Mother

The Plot: Teenager Char (Hazel Doupe) is concerned about her mother Angela (Carolyn Bracken), who has become distant and distracted. Angela disappears one day, leaving her car behind in a field. With just her grandmother Rita (Ingrid Craigie) at home, they wait to see what happens. Angela eventually returns, but Char observes that her mother’s behaviour is even stranger than before. As Hallowe’en approaches and the barrier between the spirit world and the human world grows even thinner, it becomes apparent that Angela is not what she seems…

The Verdict: For all the vampires, werewolves and ghosts that regularly stalk our cinema screens and haunt our cinematic dreamscapes, there is real horror to be found in the everyday. Waking up one morning and realising that the parent you know and love is a very different person and the risk of losing him/her for good is perhaps more terrifying than any ghoul. That’s essentially the premise of Kate Dolan’s striking feature debut and emotionally-charged Irish horror You Are Not My Mother. Following in the footsteps of recent contemporaries Rose Glass (Saint Maud), Prano Bailey-Bond (Censor) and Stacey Gregg (Here Before), Dolan continues the trend of talented female directors stepping forward and leaving their mark on the horror genre with a distinctive first feature that doesn’t overplay its hand.

Dolan’s script is a slow-burner, but it burns away at an assured pace and escalates before literally setting alight come the fiery climax. The opening sequence sets the template for what follows, emphasising the breakdown of the barrier between the spirit world and the human world coming up to Hallowe’en and what that means for later in the story. Dolan leans into the folk horror sub-genre and more specifically Irish folklore about the spirit world and the potential for that to spill over into the everyday life of our main character Char. A quiet, sensitive teenager whose soulful eyes betray the wild emotions going on inside her mind, she’s caught between these worlds when her mother returns as someone… something… else. As Char’s friend remarks at one point, family is the scariest thing on the planet and Dolan recognises that herself in the way she unpeels the story of Char’s family one layer at a time.

For all the supernatural elements at play, it’s not the most important aspect of the film. There are no spooky castles, creaky floorboards or rattling chains here. Dolan’s story is grounded firmly in reality, creating tension-filled horror in domesticity. She builds up a creeping sense of dread through small but purposeful scenes of unease – Angela sticking her arm down her throat, her figure emerging from the dimness of the living room. Carolyn Bracken gives quite a physical performance here which goes beyond make-up effects, but it’s Hazel Doupe who impresses the most. A young actor who goes from strength to strength, she brings a determination to her performance that has a dose of reality to it rather than some scream queen running around exercising her lungs. It’s what one would expect from her, given her track record so far in portraying young women navigating through difficult circumstances.

The third act is where first-time horror directors and even experienced directors often fall down in not quite living up to the promise of what’s followed up to that point. A fan of the genre and someone who grew up on shows about the unknown like The X-Files, Dolan has neatly sidestepped any such concerns. She delivers a satisfying conclusion that from an audience point is earned and from a narrative point is emotionally rewarding. It will be interesting to see where Dolan and this new generation of female horror directors (often under-represented in the genre, as in the rest of the film industry) will go from here. Most impressive and most deserving of your time. 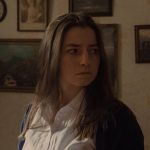 In short: Most impressive