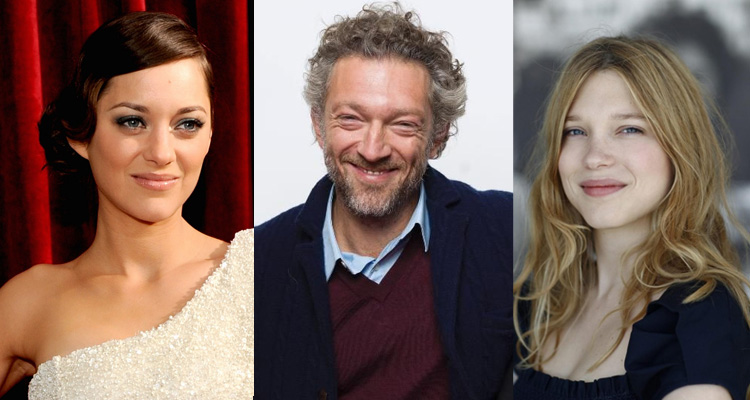 Xavier Dolan’s IT’S ONLY THE END OF THE WORLD To Star Marion Cotillard, Lea Seydoux, Vincent Cassel, and More

It has been announced, via Variety, that French stars Marion Cotillard, Lea Seydoux, Vincent Cassel, Nathalie Baye and Gaspard Ulliel are all set to star in Xavier Dolan’s next directorial effort, the drama ‘It’s Only the End of the World’ (‘Juste la fin du monde’).

The drama is based on the play of the same name by Jean-Luc Lagarce, in which “a writer goes back to his hometown, planning on announcing his upcoming death to his family. As resentment soon rewrites the course of the afternoon, all attempts of empathy are sabotaged by people’s incapacity to listen and love.”

“I’m absolutely thrilled about ‘It’s Only the End of the World,’ especially to work with the actors,” said French-Canadian wunderkind Dolan in a statement. “It is my utmost priority and most visceral passion to work with inspiring talent on set and not only direct them, but, as an actor-director, act with and through them, even from the other side of the mirror.”

Production on the adaptation will kick off at the end of May with Nathanaël Karmitz, Sylvain Corbeil, Nancy Grant, and Dolan (‘Mommy,’ ‘Tom at the Farm’) producing.