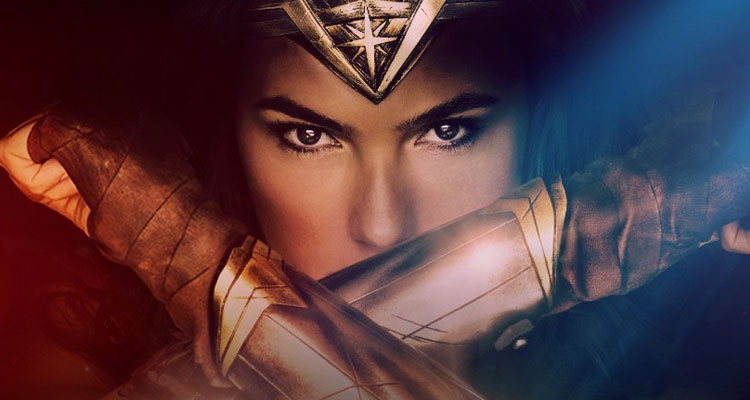 WONDER WOMAN (USA/12A/141mins)
Directed by Patty Jenkins. Starring Gal Gadot, Chris Pine, Robin Wright, David Thewlis, Ewen Bremner.
THE PLOT: Amazon warrior princess Diana (Gal Gadot) finds herself a fish out of water when she travels to our world after meeting American spy Steve Trevor (Chris Pine). Diana is determined to single handedly end World War I by killing the god of war Aries, but has no idea how to find him. While she searches, Diana discovers more about herself, about human nature, and about the world that was just outside her reach.
THE VERDICT: Since her first appearance in ‘Batman v Superman: Dawn of Justice’ last year, Gal Gadot’s ‘Wonder Woman’ film has been highly anticipated but, since the release of Suicide Squad, there has been trepidation about DC’s latest cinematic outing. The good news is that DC seems to have learned from their mistakes and have managed to make’ Wonder Woman’ a fun, if familiar superhero movie.
Gal Gadot easily leads the cast as Diana Prince / Wonder Woman, Gadot makes the character funny, engaged and engaging, and although it would be easy for Gadot to make the humour in the film feel cheap, tacky or at her character’s expense, there is a careful balance created with the character that never makes her the butt of the joke, but also allows her sincerity to be acceptable. Chris Pine is a perfect balance to Gadot, also playing up the comedy and the sincerity, while having fun with the adventure aspect of the film. The rest of the cast features David Thewlis, Elena Anaya, Ewen Bremner and Elena Anaya, while Robin Wright plays up her inner badass as Amazonian General Antiope.
Allan Heinberg’s screenplay is an origins story, beginning in the modern day with Bruce Wayne wondering where Wonder Woman actually came from, sending Diana Prince on a reminiscing journey about her time putting an end to World War I. There is plenty of adventure in the film, the jokes keep coming and the characters are written well enough for the film to even be moving from time to time. Diana is a strong character who never really allows anyone to truly control her, but making her unaware of her origins and the world she finds herself in gives the character vulnerability and relatability.
Director Patty Jenkins has stayed away from the big screen since her 2003 film ‘Monster’, and it is good to have her at the helm of ‘Wonder Woman’. Jenkins makes sure that the pacing of the film is even and keeps the story moving, while allowing the characters to feel as though they are becoming fully rounded on screen. As well as this the comedy is carefully balanced with the drama and adventure in the film, and the actors do well with their roles. Where the film falls down, however, is with some cheap looking CGI that drags the audience out of the action, and the final set piece feels long and drawn out.
In all, ‘Wonder Woman’ is a sincere improvement on the DC films we have seen of late, and there is a lot of fun to be had with the film. That said, there are times when the story of a superhero in a war or a world that is not theirs feels familiar and predictable, but the characters are well rounded, and the action, adventure and comedy are well balanced.
Rating: 3.5/5
Review by Brogen Hayes