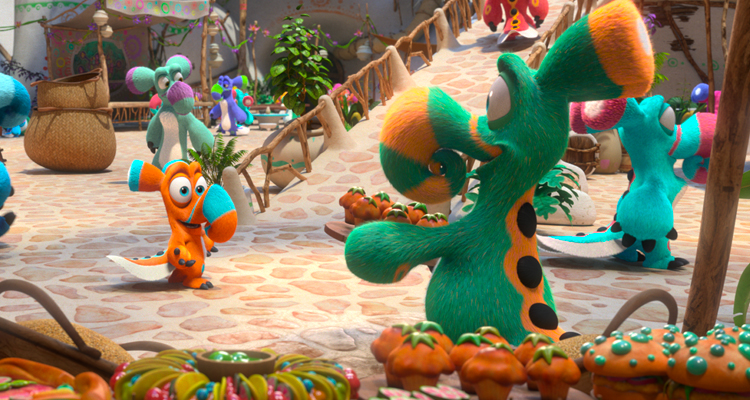 Two By Two: Overboard! is a brand new Irish co-production from Moetion Films in Galway, the film recently went to number 1 at the UK box office and now Irish audiences can get to see it at cinemas Nationwide. To celebrate the release we have some cool merchandise packs to giveaway. 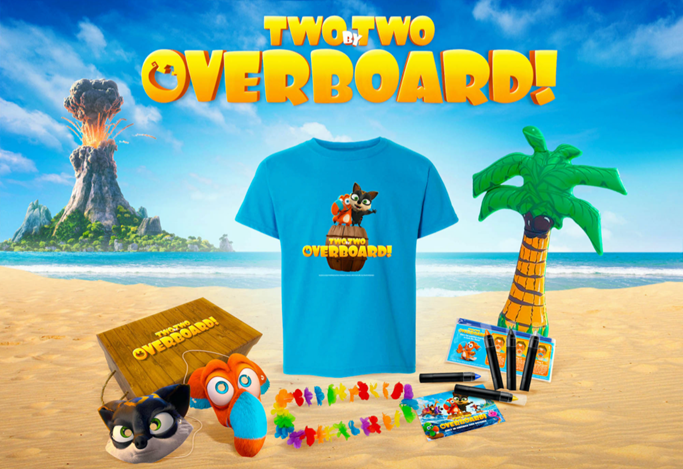 ABOUT Two By Two: Overboard!
Noah’s ark drifts on the open seas, with best friends Finny and Leah on board. But, after weeks with no land in sight, food stocks are running low. The fragile peace between carnivores and herbivores could break any second.

After a series of unfortunate events, the kids find themselves inadvertently washed overboard – along with the last of the food supplies! Leah and fellow castaway, their new friend Jelly, are marooned on a remote island. While Finny wakes in a strange colony filled with oddly familiar creatures living in harmony – under the threat of a menacing volcano!

In a race against time, tide and terrifying tremors, Finny must rescue his friends, reunite with his family and save a whole colony from total destruction.

ENTER THE COMPETITION
To be in with the chance of winning some movie goodies just answer the following easy question.
Q: What county can you find the Irish animation studio Moetion Films that co-produced Two By Two: Overboard!? (Clue – the answer can be found above)

Two By Two: Overboard! is now showing in Irish cinemas