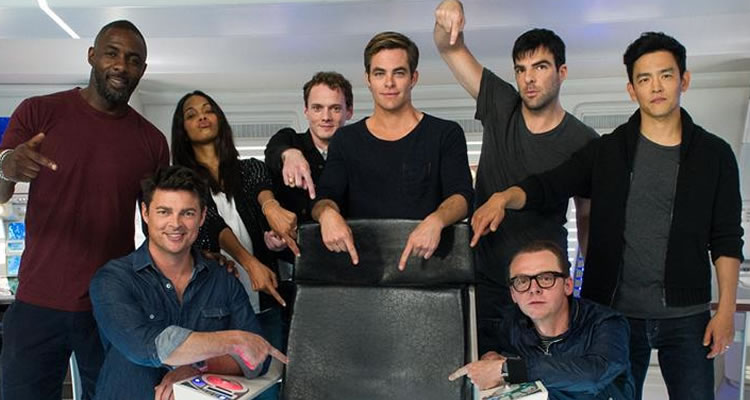 Win a walk-on role in Star Trek Beyond

The cast from STAR TREK BEYOND have teamed up with OMAZE to bring fans a once in a life time opportunity, one lucky person will make franchise history as the first fans ever to win a walk on role in a Star Trek movie. The winner will be flown to Vancouver and put up in a 4 star hotel and best of all, its for charity.

ABOUT THE COMPETITION
With the 50th anniversary of Star Trek on the horizon, you and a friend will make franchise history as the first fans ever to win walk on roles in a Star Trek movie. You’ll fly to the closed set of Star Trek Beyond and hang with the cast before hair, makeup, and wardrobe get you into character for the role of a lifetime. In addition to the grand prize winner, six additional winners will be randomly selected each week to form our Star Trek: To Boldly Go crew. As a member of the honorary crew, you’ll visit the set, meet the cast, and be among the first to witness scenes from the latest voyage of the USS Enterprise.

MORE INFO ABOUT THE COMPETITION
Visit the official charity site here to directly enter this once off competition.
Note : No purchase is necessary – You can choose to purchase a reward for their chosen charity.
The official rules of the competition can read here