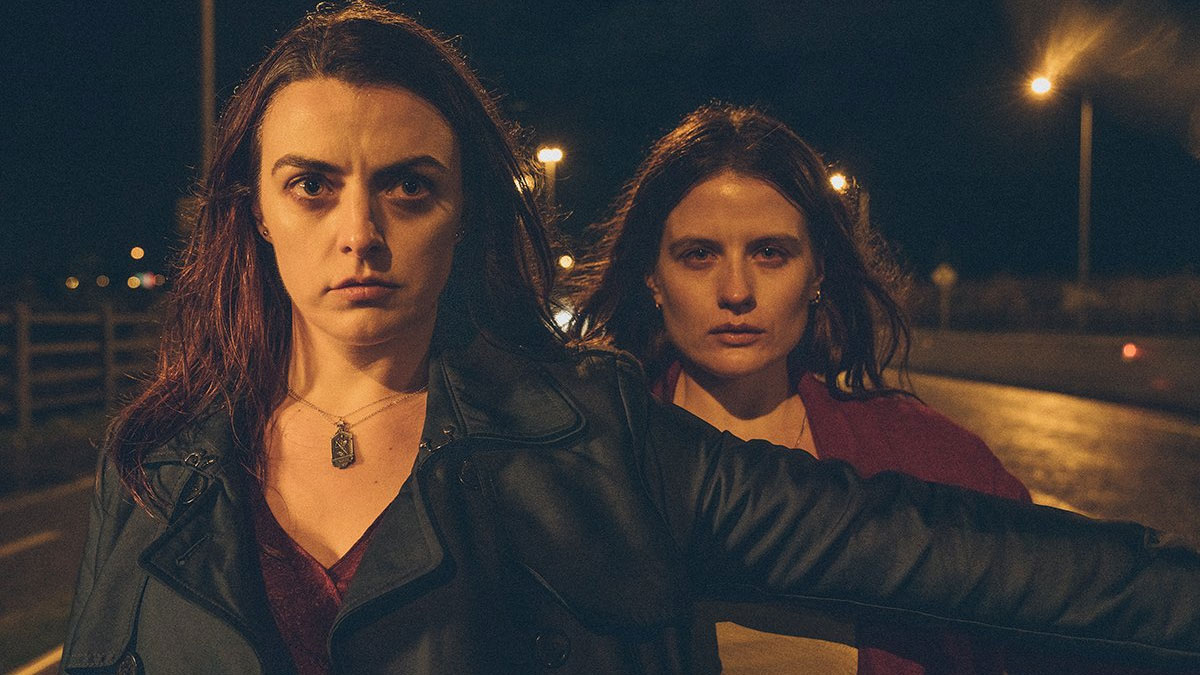 The Plot: After being missing for a year, Kelly (Nika McGuigan) arrives home in Northern Ireland via ferry. It’s a place that is both familiar and foreign to her, given how disconnected her state of mind is. She turns up at the house of her sister Lauren (Noran-Jane Noone), who reacts with anger and concern at what caused her to be out of touch for so long. Lauren’s husband Sean (Martin McCann) looks on, acting as a mediator as Kelly moves in temporarily. As the two sisters reconnect, the past once again comes into focus. Not just of the impact of The Troubles on their family, but also their mother’s death. It’s an open wound that needs to be healed, somewhere in that internal conflict between them…

The Verdict: The past can cast a long shadow between two countries split by a divisive, invisible border. It can also create a fractious border between people as they seek reconciliation in their personal lives. That’s where we find the two thirtysomething sisters at the centre of Wildfire, the feature debut from Newry native Cathy Brady. She deservedly won Best Director at the IFTAs recently. Although she’s credited with the script, her two leading ladies Nora-Jane Noone and the late Nika McGuigan (daughter of Barry) were crucially involved in the script development. This could only have improved both the characters and the performances, making them as utterly convincing as they are. Thereby, there’s an involved aspect and established trust between the director and the actors. This elevates a potentially sentimental returning-sister story into something more akin to a force of nature let loose – like the wildfire of the title.

When Kelly returns home to her sister, it’s clear that something is wrong. It’s the little details that stand out, like Kelly making a surprise breakfast for Lauren which features toast crusts or when she’s unaware that she’s wearing a t-shirt inside out. There’s a shared past trauma between them that is slowly teased out, as they fiercely bond once again. This sends ripples through Lauren’s working and home life that soon become bigger and more disruptive. It’s what’s not said that becomes the most resonant in this story of haunted siblings. With dialogue pared back and Brady pushing the performances and internalised conflict more to the fore, it’s a bold move for a first timer to make. Brady has the confidence to follow through on her convictions though, with her low-key direction being all the more impressive for going down a more difficult but ultimately more rewarding path.

Noone and McGuigan give it their all, but without those actorly performances that draw attention to themselves. As Lauren and Kelly are forced to confront the truth about their mother’s death, both actors immerse themselves in this intense sibling relationship. It’s fascinating to watch them layer their performances and then find a common ground on which to start unearthing the past of their conflicted characters. There’s a political angle to this as well that is worth mentioning, with the film taking place amidst the backdrop of a potentially united Ireland and the negative impact of Brexit on Northern Ireland. They’re hot potatoes to handle, so Brady is wise enough not to lose focus on her lead characters. Instead, she subtly illustrates the impact of The Troubles through the sisters swimming between the border at different ages. Being together and distinctly apart at the same time, like Lauren and Kelly in their own personal lives.

While it’s a slow-burn drama, Wildfire really catches fire towards its Thelma & Louise-style third act which reinforces the relationship between Lauren and Kelly. That underlying tension is taut throughout, with good pacing to match it. While it’s a relatively short film, it packs a lot into its runtime and says even more with Brady’s strong female voice and carefully-calibrated direction. As first features go, this is impressive filmmaking all round but it’s the performances that really linger in the memory. Irish films can be hit-and-miss affairs, but Wildfire is a surefire contender for one of the year’s most striking films.