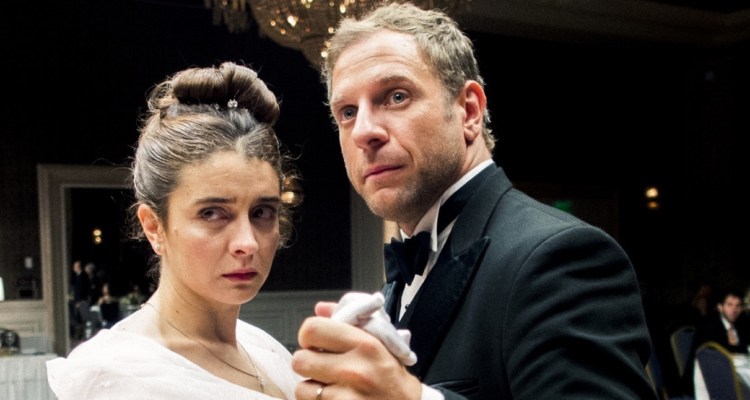 THE VERDICT: WILD TALES is an odd sort of film, and one that is both darkly comic and utterly engrossing. The tales are of love, hatred and most of all revenge, and while some of them feel familiar at times, there is a feeling of freshness about the entire film.

The cast do well in their short roles, managing to convey a wealth of emotion and back story in a short space of time. Erica Rivas stands out as a scorned bride pushed to the limits of her sanity, Ricardo Darín is wonderful as a man who is driven to extreme measures when his car is towed, and Rita Cortese is hilarious as an unscrupulous cook.

WILD TALES has a feeling of HOLY MOTORS about it, but is not as inaccessible as some found Leos Carax’s film. There is a playfulness to the stories, and although all are incredibly dark and involve violence or death to some extent, all are completely over the top and at times, hilarious. Of course, some stories work better than others, and as a general rule, the shorter the tale is, the better it is. One story in particular feels out of pace with the tone of the rest and, as such, drags the pacing of the entire film down.

Damián Szifrón directs each story well, keeping motivations simple and clear. We learn more about some characters than others, but since this is part of the experience of the film, this doesn’t feel as though it is a fault. As mentioned, there are times when the pacing of the film suffers, due to some stories being more on tone and better paced than others, but Szifrón always manages to claw the film back as a whole, reminding audiences that life is tragic and funny.

In all, WILD TALES is an anthology of weird, violent and funny stories about revenge. The tone is perfectly off-kilter and, although some of the tales work better than others, the film as a whole is funny, well observed and just the right amount of over the top.