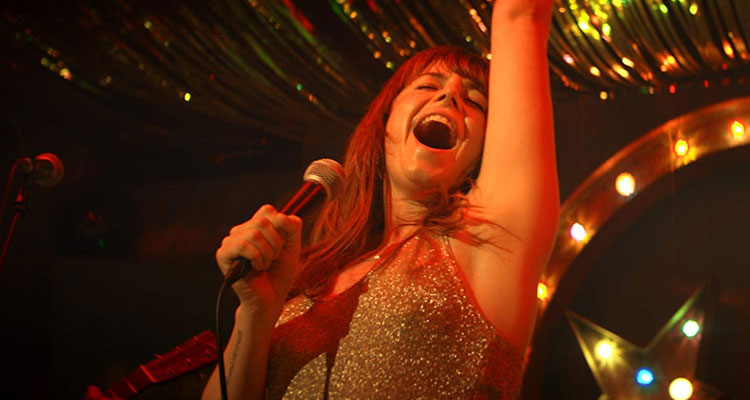 In short: Hits the right notes

The Plot: Sparky Rose-Lynn (Jessie Buckley) gets out of jail and heads home to Glasgow to re-connect with her weary mother Marion (Julie Walters) and her two young children. Or rather, she neglects to do so as she’s intent on making her dream come true: becoming a country star at the Grand Ole Opry in faraway Nashville. Country music is in Rose-Lynn’s Glaswegian blood and she’s got the voice to prove it, performing at a local bar. While her life is somewhat restricted by an electronic tag on her ankle, she takes up a job as a housekeeper for Susannah (Sophie Okonedo), who encourages her talent and might make her dream come true. It’s up to Marion though to bring Rose-Lynn back to Earth to face her responsibilities…

The Verdict: Beast was no fluke. Killarney-born actor Jessie Buckley made quite the impression in Beast, one of last year’s finest films. She has an innate ability to live in her character’s skin, while making her character a flawed but relatable young woman. That’s very much the case with her next move towards stardom, Wild Rose. It’s a character piece built around Buckley’s burgeoning talent, grounded both in country music (not country & western, as Rose tells us) and the slightly harsh reality of Rose’s life. Rose’s tattoo is her motto – country music is three chords and the truth.

That becomes an echoing thought throughout the film, as Rose neglects the children she barely knows to pursue her dream of being a singer at the capital of country music – the Grand Ole Opry in Nashville, Tennessee. It takes a strong dose of the truth to make her realise what’s right in front of her, rather than what might be ahead of her in the vague, misty future. That becomes a predictable element to Nicole Taylor’s script, which doesn’t push Rose far enough as a character to explain just what her expectations and reality are. Her motivations are aspirational rather than cast-iron ones, resulting in a character arc that is rough around the edges – a bit like the brash Rose herself.

What Taylor – and director Tom Harper – get right though is the heart and soul of this Wild Rose. Her heart may be in Glasgow, but her soul is in Nashville, a place that she hasn’t been to before. Nashville is a world away, but that doesn’t stop Rose from believing in her abilities. Buckley gives a spirited and engaging performance, bringing to life Rose’s soulful singing voice through a range of excellent toe-tapping songs. The closing song brings the story full circle and, like any true country singer, draws from her own life experiences to make it all the more effective. The ever-reliable Walters provides strong support too, delivering tough but honest motherly love.

While it’s not a remarkable film by any means, Wild Rose hits the right notes by being truthful to its lead character and not digressing too much with unnecessary sub-plots (e.g. Susannah’s suspicious husband). Like Rose herself, the film has no airs or graces about it – it’s just a straightforward but pleasantly enjoyable character piece bolstered by a winning performance from Buckley. A star is certainly born.