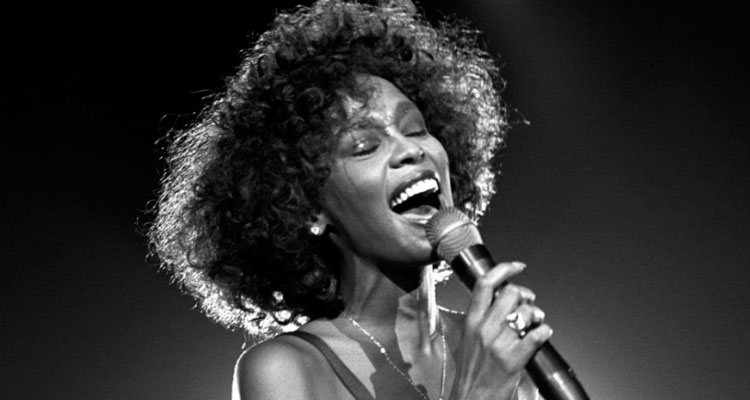 In short: Raw and honest

The Plot: In this wide-ranging documentary, director Kevin Macdonald charts the meteoric rise of singer and occasional actress Whitney Houston – as told through the people who knew her best. Her family, friends, lovers, co-workers and agents. It’s a remarkable story of a young woman with an incredible singing voice and a shining personality that was unique to her. However, there was a dark undercurrent to this fame and fortune. The seeds of her downfall and her tragic death at the age of just 48 from a drugs overdose are traced back through problems with her family, her husband Bobby Brown and her own need to stay relevant to a hungry and critical media…

The Verdict: Following a year after Nick Broomfield’s own insightful documentary Whitney: Can I Be Me?, what more can be said about the stellar but tragic Whitney Houston? Quite a lot it seems. Ace documentarian Kevin Macdonald has built a career around probing and provocative documentaries. If Broomfield’s film was the unauthorised version, then Macdonald’s Whitney is the authorised version. Though, it’s best not to view the films as competing with each other – that would do a disservice to both talented filmmakers. More, that they’re two perspectives on the one person, trying to understand what made her tick and what made her stop ticking in the end.

Macdonald secured the co-operation of Whitney’s family on the condition that he have final cut and get to the truth of the matter. He conducted extensive research and gradually gained their trust over a year, to the point where the interviews took on the quality of therapy. An expulsion of troubled feelings about how they, in all honesty, failed Whitney when she needed them the most. The interviews are raw, impassioned and honest, with Macdonald not holding back on asking those difficult questions. Some interviewees, like her mother Cissy, hold back something even then, while others like her protective brothers are more upfront.

Then there’s the elephant in the room – the drug abuse, which ultimately caused her untimely death. Husband Bobby Brown refuses to talk about her addiction, clearly in denial that it had anything to do with her. The fact that her brothers introduced her to drugs as a teenager is troubling. Her controlling mother and her influential father had a part to play in how Whitney was shaped as a young woman, following in the family footsteps into the music industry. Nobody comes out of this documentary smelling of roses, but neither do they come out as bad people. Flawed yes, but still hurting years later. Macdonald isn’t interested in pointing the finger at anyone in particular. If anything, he wisely sidesteps accusations and instead paints a portrait of a bright star with a darkness inside.

There’s a shocking revelation that comes later in the film, which draws all the troubled aspects of Whitney’s life together to give it some overall meaning. Macdonald’s skill here is not to milk it as an exclusive, but instead to underline the fact that Whitney never lost that zest for life. She was a natural born star to the very end. Drawing together a wealth of archive footage, from her remarkable first TV appearance to late-career performances, it’s her voice that ultimately comes forth the most, more so than any of the contributors. There’s a lot of soul to this film and that can only come from skilful editing. Macdonald admirably chooses not to end on a montage of thoughts from others. He leaves the stage to Whitney one last time, as it should be.

Whitney is a powerful documentary that gives a nearly fully-rounded view of the late singer. Despite her vivacious persona, she was secretive and internalised her life quite a bit. Macdonald has done a terrific job here to try and understand her and what happened to make her demise so tragic. He also doesn’t feel the need to spoonfeed answers to his audience. There’s more than enough here to draw your own conclusions. It’s a celebration of her life, not a post-mortem. And what a life it was, with a legacy of music to go with it. Highly recommended.