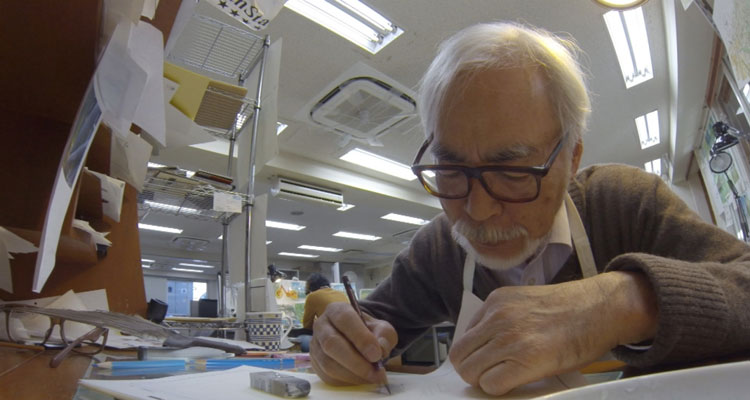 In 2013, Oscar-winning film director and animator, Hayao Miyazaki, suddenly announced his retirement at the age of 72. But after an encounter with young CGI artists, the director of SPIRITED AWAY decided to embark on a new artistic endeavour. This candid documentary follows Miyazaki as he crafts his first CGI film in an intimate behind-the-scenes portrait filmed over two years. NEVER-ENDING MAN is directed by filmmaker Kaku Arakawa.

‘Never-Ending Man: Hayao Miyazaki’ is set to screen on Japanese TV June 3rd and June 4th. The documentary was filmed over a two-year period.