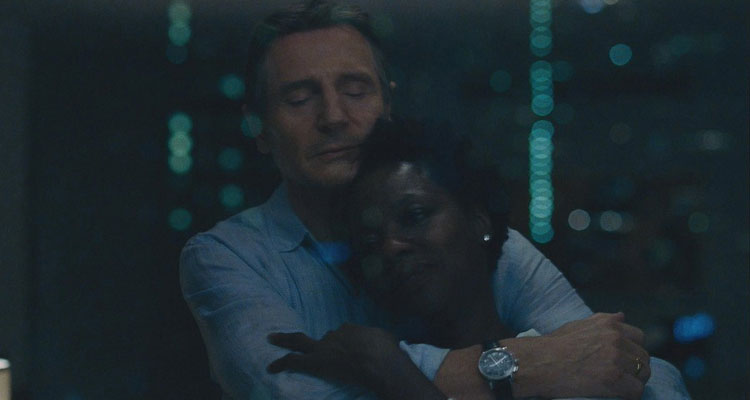 “My husband left me the plans for his next job. All I need is a crew to pull it off.” From Academy Award-winning director Steve McQueen and co-writer and bestselling author Gillian Flynn  comes a blistering, star-studded thriller set against the backdrop of crime, passion and corruption.

Set against the backdrop of crime, passion and corruption WIDOWS is the story of four women with nothing in common except a debt left behind by their dead husbands’ criminal activities. Amid a time of turmoil, tensions build when Veronica (Davis), Alice (Debicki), Linda (Rodriguez) and Belle (Erivo) take their fate into their own hands and conspire to forge a future on their own terms. Liam Neeson, Robert Duvall, Daniel Kaluuya, Lukas Haas and Brian Tyree Henry also star.