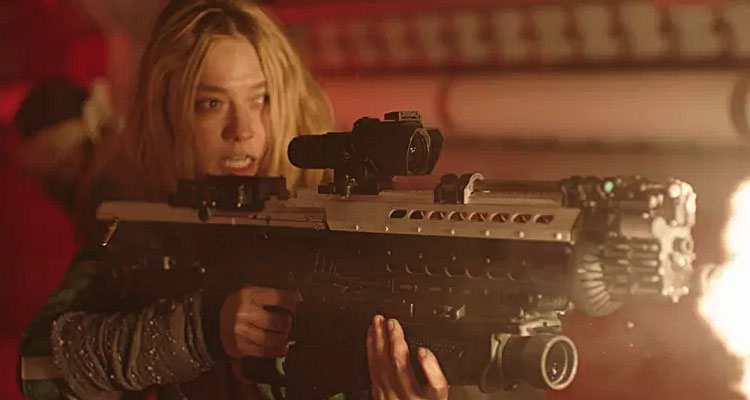 “It’s coming no matter what we do!” Oats Studios and filmmaker Neill Blomkamp (‘District 9,’ ‘Elysium,’ ‘Chappie’) have unveiled the latest in their series of incredible sci-fi shorts, ZYGOTE.

Stranded in an Arctic mine, two lone survivors (Dakota Fanning and Jose Pablo Cantillo) are forced to fight for their lives, evading and hiding from a new kind of terror.

Oats Studios is a new experimental filmmaking “lab”. The Studio is an independent incubator of ideas that has the capacity to handle all aspects of production from start to end. Oats Studios works in an open source format with the audience by allowing the fans to interact with the filmmakers and the studio directly and allowing the fans access to the actual film’s assets to then merge with their own creativity.

For more on Oats Studio and how to support their goal of creating original and interesting shorts that will eventually to full-scale feature films & series, head over to the official site oatsstudios.com.