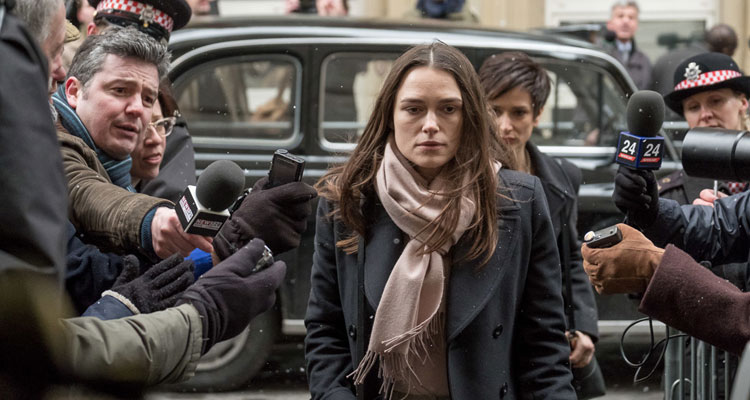 “I do not collect information so that the government can lie to the British people.” First trailer for Gavin Hood’s all-star political thriller about Katharine Gun (Knightley), a Mandarin translator at the British intelligence agency GCHQ, who made headlines after she leaked a confidential memo to the press about an illegal NSA spy operation designed to push the UN Security Council into sanctioning the 2003 invasion of Iraq.