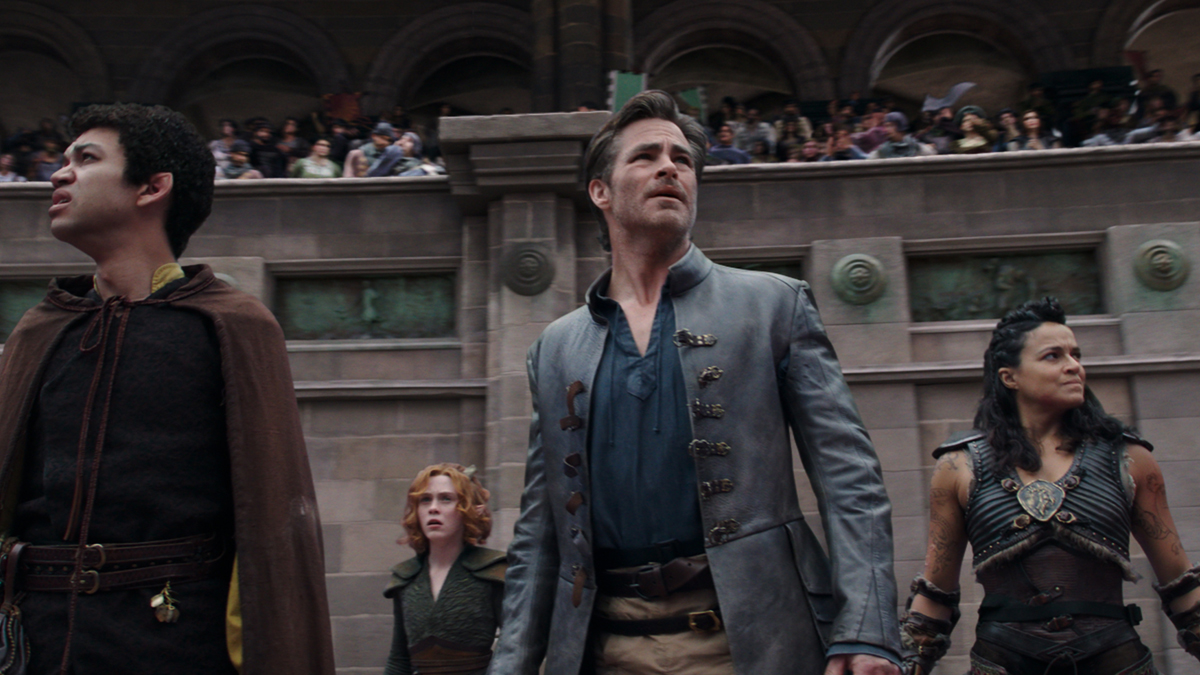 “We’re a team of thieves, when you do this you’re bound to make enemies, and sometimes those enemies come looking for revenge,” says Chris Pine in the first trailer for DUNGEONS & DRAGONS “We helped the wrong person steal the wrong thing and unleashed a great evil,” he adds. The trailer launched at this years San Diego Comic Con to huge fan-fare, with all the cast present to do an in person panel.

The film is based on Wizards of the Coast’s internationally renowned RPG/role-playing game Dungeons & Dragons, the high fantasy film follows a charming thief and a band of unlikely adventurers undertake an epic heist to retrieve a lost relic, but things go dangerously awry when they run afoul of the wrong people. ‘Dungeons & Dragons: Honour Among Thieves’ brings the rich world and playful spirit of the legendary roleplaying game to the big screen in a hilarious and action-packed adventure.

DUNGEONS & DRAGONS: HONOUR AMONG THIEVES is at Irish cinemas from March 2023