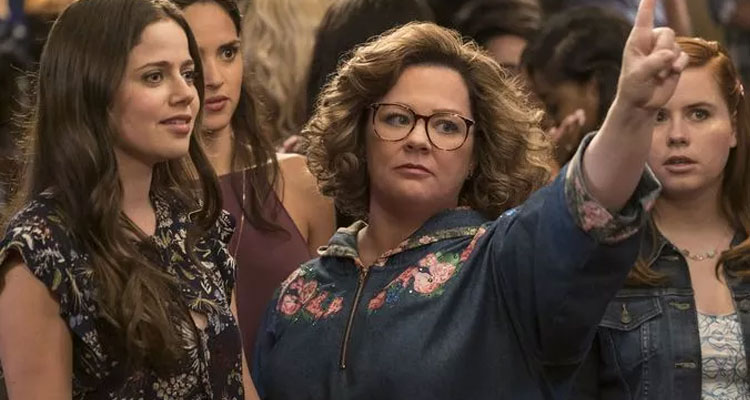 Watch these college movies before seeing Life Of The Party

‘Life Of The Party’ is a new comedy that see’s newly divorced housewife Deanna, (Melissa McCarthy) return to college opposite her daughter, where she embraces freedom, fun and frat boys, much to the embarrassment of her class mate daughter.

Before going back to college with Melissa, we take a look at movies that centre on the best time of our lives (allegedly)… Our college years.

When Mitch (Luke Wilson) buys a house near a college campus, his friend Bernard (Vince Vaughn) throws a massive party to help Mitch forget his recent break up. The party is a huge success and it is not long before Mitch’s house becomes a Fraternity House, open to anyone. Of course, wildness ensues before the men realise that their college days should be well and truly behind them.

After her boyfriend dumps her, Elle (Reese Witherspoon) decides to win him back by enrolling in Harvard to study Law; the self same college that her ex, Warner (Matthew Davis) is attending. Once there, however, Elle learns that she has more legal savvy than she ever imagined, and Warner may not be the man of her dreams after all.

MEMORABLE QUOTE: “Last week I saw Cameron Diaz at Fred Segal, and I talked her out of buying this truly heinous angora sweater. Whoever said orange was the new pink was seriously disturbed”

Will Hunting (Matt Damon) has a genius level intellect, but chooses to work as a janitor in a Massachusetts college. When Professor Gerald Lambeau (Stellan Skarsgard) posts a difficult equation for his graduate students to solve, only Will manages to answer the puzzle. When his talent is discovered, so are dark secrets that Will must come to terms with before he can realise his potential.

MEMORABLE QUOTE: “See you Monday. We’ll be talking about Freud and why he did enough cocaine to kill a small horse”

THE SOCIAL NETWORK looks behind the scenes of Facebook and it’s creation in a college dorm room by the Winklevoss twins (Armie Hammer) and Mark Zuckerberg (Jesse Eisenberg). The film follows the highs and lows of the company; culminating in lawsuits against Zuckerberg and Facebook finally being opened to the public.

Based on articles published in National Lampoon, the film tells the story of a University Dean who wants to expel the entire Delta Tau Chi Fraternity for low academic standing and general shenanigans. When the Deltas discover the Dean’s plot, they decide to take revenge by stealing his car to use as a parade float and wreak havoc on the Homecoming Parade.

MEMORABLE QUOTE: “The time has come for someone to put his foot down. And that foot is me”

LIFE OF THE PARTY is at Irish cinemas from May 12th