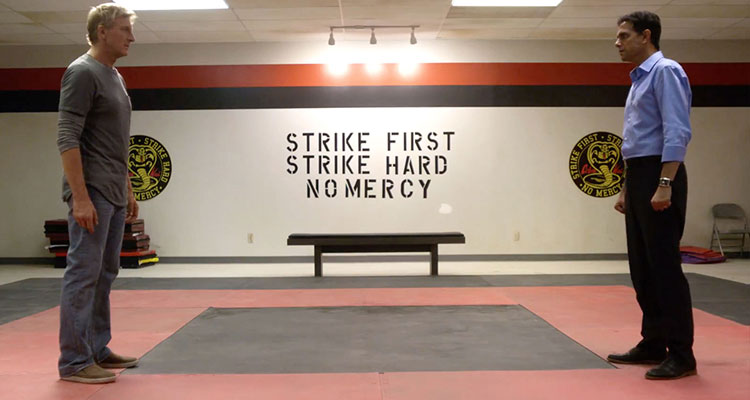 The rivalry between Daniel LaRusso (Ralph Macchio) and Johnny Lawrence (William Zabka) continues in COBRA KAI, the TV spinoff of THE KARATE KID, premiering on YouTube Red on May 2nd. Check out the first full trailer below.

In the highly-anticipated return of two iconic characters, the arch-rivals from the legendary KARATE KID film series reunite over 30 years after the events of the 1984 All Valley Karate Tournament. Now living in the affluent hills of Encino, Daniel LaRusso (Ralph Macchio) leads an enviable life with his beautiful family, while running a successful string of car dealerships throughout the valley. Meanwhile, his high school adversary, Johnny Lawrence (William Zabka), whose life has taken a rocky turn, seeks redemption by reopening the infamous Cobra Kai karate dojo. Their lives inevitably become intertwined and the rivalry is reignited, setting forth the next generation of “karate kids” in COBRA KAI.