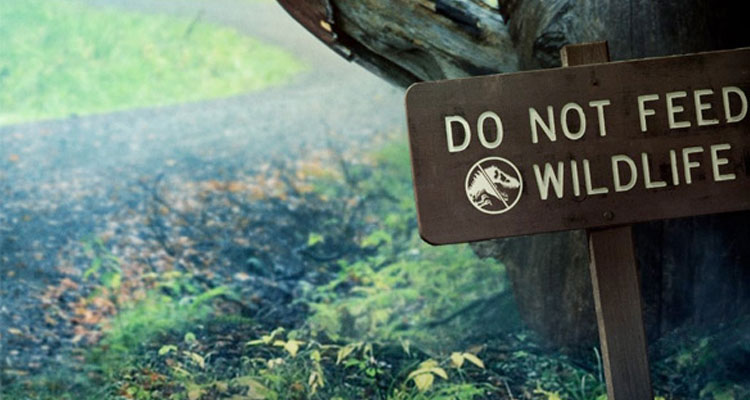 “Where is everyone?” From director Colin Trevorrow, BATTLE AT BIG ROCK takes place one year after the events of the last JURASSIC WORLD film in Big Rock National Park, where dinosaurs are now living in our world. The story follows a family of four whose encounter with these wild animals becomes a terrifying fight for survival.

“We shot it in Ireland last winter,” he told Collider in a recent interview. “They have a grove of redwood trees outside Dublin that look exactly like the national parks in Northern California. I honestly never thought we’d make it this far without getting found out. The Irish can keep a secret.”

“I wrote it with Emily Carmichael, who is co-writing Jurassic World 3. It felt like a first step into a larger world after the last film. You have these animals loose in an unfamiliar environment, they’re disoriented, struggling to adapt. The first people they run into are bound to be camping. I wanted to see that.”

“It’s eight minutes. It was supposed to be shorter,”  Trevorrow added. “I know eight minutes is an eternity on the internet, but I hope people will set some time aside and put on a good pair of headphones.”