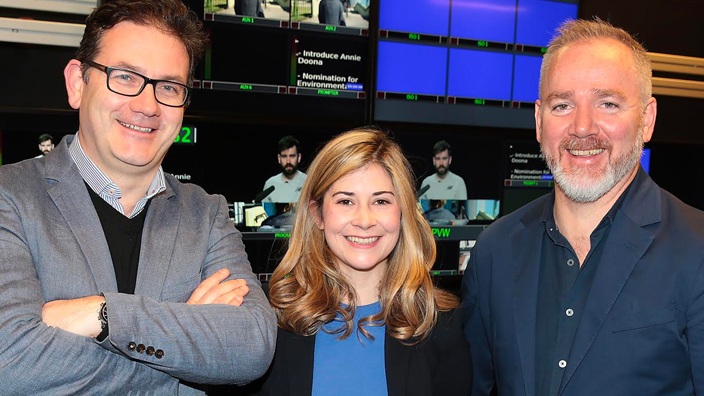 Continuing its annual traditional the great minds at Warner Bros Ireland have awarded a scholarship to student Sarah Ahern, an MA Screenwriting student at the National Film School at Dublin’s Dun Laoghaire Institute of Art, Design and Technology (IADT).  Now in its fourth year, the scholarship will, over the course of the year, provide Sarah with funding support and a short, paid placement at Warner Bros. Ireland’s Dublin offices, as well as access to screenings and mentoring support from Warner Bros. executives in the country. Speaking about the achievement Sarah said “I am delighted that we are celebrating our 5th Warner Bros scholarship for one of our MA in Screenwriting students.  It is a rewarding collaboration with Warner Bros who continue to support our Warner Scholars beyond the year on the programme. It is a real boon for the National Film School here at IADT.”

Sarah is a screenwriter, filmmaker, and is currently the Projects Manager & Programmer at Virgin Media Dublin International Film Festival (VMDIFF). She currently programmes Fantastic Flix (the children and young people’s strand) and the Short Film strand at the festival. She has, also produced the Immersive Stories VR Conference and coordinated numerous festival screenings and side-events. Sarah’s short film Caught, screened at Cork Film Festival 2015, she has produced four shorts for a comedy sketch group called The Lads and written three short form plays: Elephant, Franken 20 and Search, which were performed at Smock Alley Theatre.

Speaking about the award Josh Berger CBE, President & Managing Director of Warner Bros. UK, Ireland & Spain, said  “We are thrilled to welcome Sarah into Warner Bros. Creative Talent as our fifth scholar with the National Film School at IADT. This annual scholarship is part of our ongoing commitment to identify and support talented people from all backgrounds. We continue to be impressed by the accomplishments of our previous scholars and are confident Sarah will share similar successes. We wish her all the very best in her future.”

Warner Bros. has a storied film-making history in Ireland, most notably the 1996 production of Michael Collins, which became the country’s top-grossing film on release and still remains the highest grossing Irish film of all time. The film’s Academy Award-winning director, Neil Jordan, is also behind other Warner Bros. hits including Interview with a Vampire andaward-winning film The Butcher Boy.