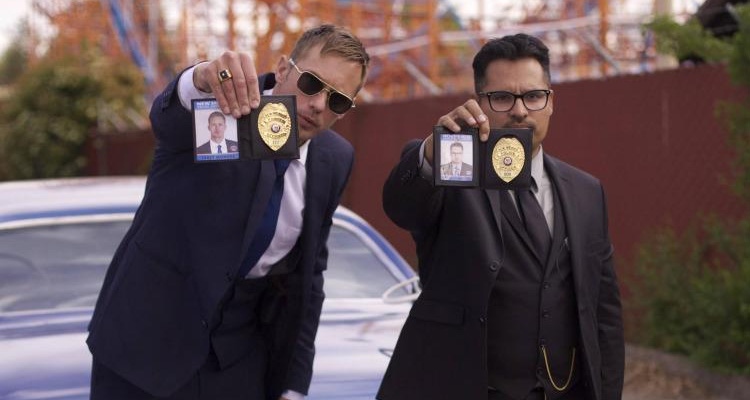 “I’ve always wondered, if you hit a mime, does he make a sound” Alexander Skarsgård and Michael Peña mess up some scumbags in new trailer for director John Michael McDonagh’s latest. 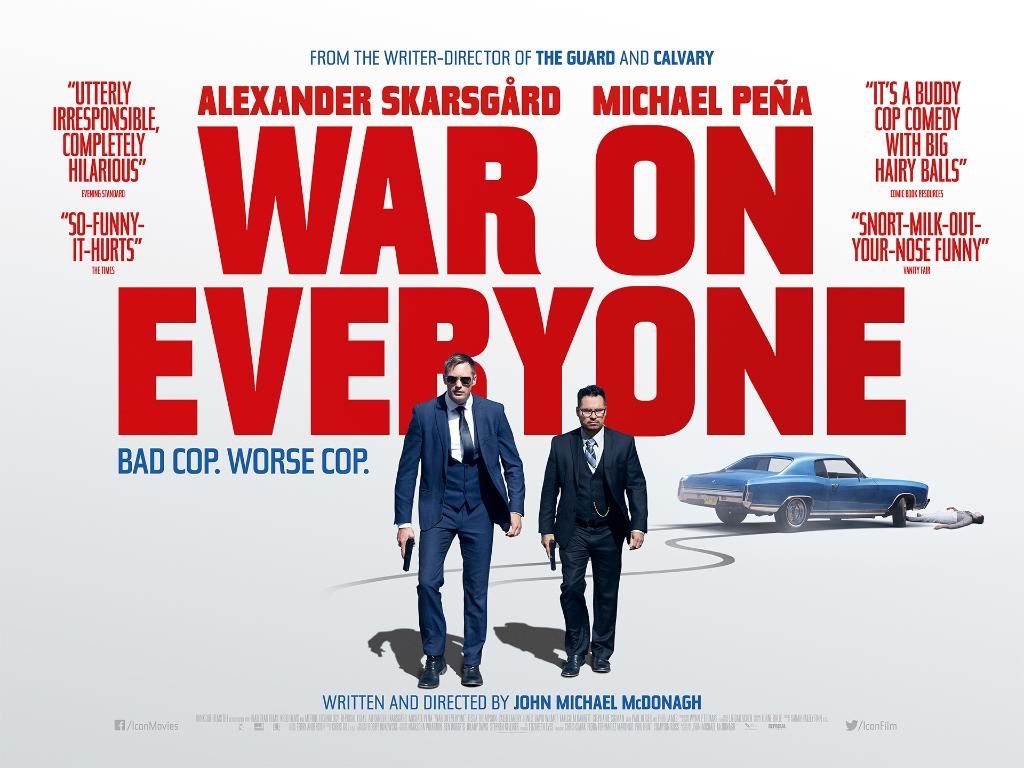 In Albuquerque, New Mexico, Terry Monroe (Alexander Skarsgård) and Bob Bolaño (Michael Peña) are two corrupt cops who set out to blackmail and frame every criminal unfortunate enough to cross their path. Things take a sinister turn, however, when they try to intimidate someone who is more dangerous than they are. Or is he?

WAR ON EVERYONE – Irish release is October 7.