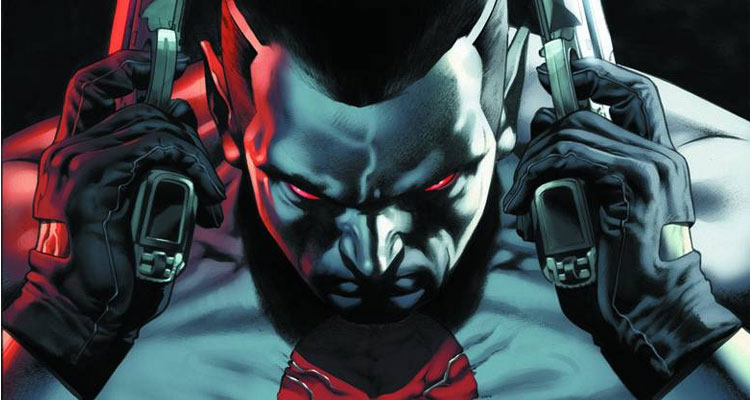 ‘Fast & Furious’ and ‘Guardians of the Galaxy’ star Vin Diesel is reportedly in talks to head up the cast of ‘Bloodshot,’ the big screen outing of the Valiant Comics title that has Blur Studios visual effects wiz Dave Wilson in the director’s seat.

Created by Kevin VanHook and Yvel Guichet, the series follows Angelo Mortalli, a ruthless killer for the mob who is set up by the family and framed for a murder. He instead goes into Witness Protection, but is betrayed by an FBI agent guarding him, kidnapped and forcibly subjected to an experimental program in which his body is injected with microscopic computers called nanites. These nanites allow him to heal wounds quickly, dominate electronic devices, and fully control every aspect of his body to maximize his physical capabilities.

As Bloodshot, he wages a one-man war, taking out the mob, the police and his covert government creators, in his struggle to find out who he was and what he has become.

Last summer, it was rumoured that Jared Leto (‘Blade Runner 2049,’ ‘Dallas Buyers Club’) was being lined up for the title role, however according to TheWrap, Diesel is now the top choice. The team behind the adaptation are hoping to follow in the footsteps of ‘Logan’ and ‘Deadpool’ and create an R-Rated superhero feature. Eric Heisserer, the Oscar-nominated screenwriter behind ‘Arrival’ is writing the screenplay.