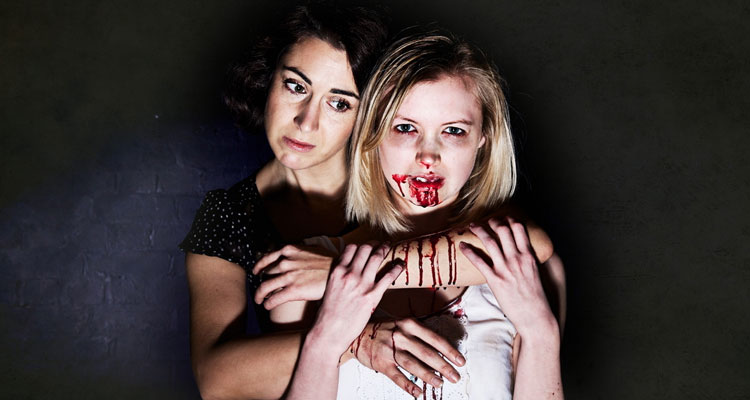 Outlets are reporting that Nicole Kidman and her production company, Blossom Films, have optioned the film rights to the off-Broadway vampire-themed drama ‘Cuddles.’

The critically acclaimed play, described as “a sensational little shocker” by The New York Times, was written by Joseph Wilde and examines the strange and disturbing forms love can take.

Eve is a 13-year-old vampire. She has never left her room and everything she knows about the world and herself comes from what her sister Tabby has told her. Eve lives in a world without sunlight. A world where Harry Potter, Bilbo Baggins and the cast of Dante’s Inferno are real; where princes with adjectives instead of names seduce beautiful princesses against the odds. A world crammed full of storybook characters but with just one living, breathing human being to cuddle. Eve does everything a good little vampire girl should, including drinking her (human) sister’s blood. But one day, Tabby tires of opening her veins and, in a breath, the whole world changes.

“Joe’s voice is so beautifully subversive.,” Kidman said in a statement. “He’s exactly the kind of young writer Blossom is looking to support.”

Kidman will produce the film with Per Saari, her partner over at Blossom Films. Wilde is on board to script the adaptation.