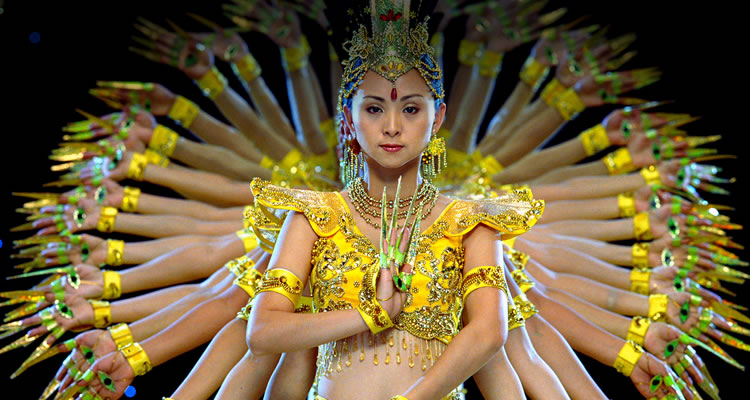 Joshua Oppenheimer’s THE LOOK OF SILENCE is released in Irish cinemas this week. A follow up to the critically acclaimed THE ACT OF KILLING, and no less difficult to watch, THE LOOK OF SILENCE follows Optometrist Adi as he fits the men responsible for the deaths of between 1-3 million Indonesian people in 1965-1966. Adi’s brother was one of those killed and, although he was born after his brother’s death, Adi decides to try and get some honest answers from the men responsible for so much bloodshed.
THE LOOK OF SILENCE is a powerful examination of the nature of grief and loss, and the power of conviction and deliberate moral blindness. With this in mind, Movies.ie has complied a list of five powerful and extraordinary documentaries that you really should watch.

Al Gore, the man who would be President of the United States, did not stick around to lick his wounds after he lost the election to George W. Bush, instead he focused on an issue close to his heart; climate change.
In this documentary, Gore simply and truthfully talks through the causes of, and the symptoms of climate change, while framing the entire thing through his own life experiences. The result in an accessible, frightening examination of the impact we, as humans, are having on our planet, and what will happen if this goes unchecked.

Not a documentary in the traditional sense, SAMSARA feels like a stream of consciousness film from director Ron Fricke. The film aims to feel like nonverbal guided meditation, as images of our world are beautifully shot and presented on screen. SAMSARA captures corners of the world that man of us will never get to see in real life. Samsara is a sumptuous, engaging and sometimes horrifying portrait of our world told through images. The film takes the audience through places around the world from religious sites to those where great disaster occurred. All the while, dialogue and plot are suspended, allowing the audience to immerse themselves in the world on screen.

EXIT THROUGH THE GIFT SHOP

Directed by street artist Banksy, EXIT THROUGH THE GIFT SHOP tells the story of Thierry Guetta, a French man living in LA, who becomes deeply enamoured with street art, having been introduced to the world by his cousin. Having befriended Banksy and spent a large amount of time filming him Guetta’s produces a film from his footage called LIFE REMOTE CONTROL. Banksy soon realises that the film is unwatchable and offers to go through the footage himself, as there is surely a story in there. To keep Guetta busy, Banksy suggests he put on his own street art show and, adopting the name ‘Mr Brainwash’, that’s exactly what Guetta does.
At the time of the film’s release, there was a lot of speculation that EXIT THROUGH THE GIFT SHOP was actually an elaborate hoax, a claim that Banksy denies. What the film is, however, is a rather startling examination of how a fashionable fad can blow up, and how the talented can be emulated by the cannibalistic. Banksy never decries Guetta for his obvious attempts to copy his style, but his amazement at how twisted the situation became is all too evident throughout the film.

In 1994, teenager Nicholas Barclay disappeared from his Texas home. Three years later, someone claiming to be the missing teen was found in Spain.
THE IMPOSTER is a fascinating story, not only because a French man – Frederic Bourdin – convinced many people that he was the missing American teenager, but the mysteries that surround this story. Barclay’s family, government officials and Bourdin himself were interviewed for the film, which combines their stories with reconstructed footage for the sake of drama.
Director Bart Layton has woven together a thrilling crime story out of the facts of the case and the testimonies of those involved. Interviews and dramatised footage are delicately balanced, with some clever crossovers throughout. THE IMPOSTER tells a fascinating story and manages to uncover the motivations of many of the leading players.

MAN WITH A MOVIE CAMERA

MAN WITH A MOVIE CAMERA is an experimental film made in 1929, by Soviet director Dziga Vertov. On the surface, the film documents life in the Soviet cities of Kiev, Kharkov, Moscow and Odessa, but there is a different message to the film; cinema was in its advent at the time the film was made, and audiences were still adapting to this new technology. Movies at the time were melodramatic and over the top, and Vertov set out to prove the point that filming did not have to be intrusive or staged in order for it to be engaging. The film was also one of the first to play with cinematic techniques, with Vertov using methods including double exposure, fast motion, slow motion, freeze frames and jump cuts throughout the film.

THE LOOK OF SILENCE is released in Irish cinemas on June 12th 2015.