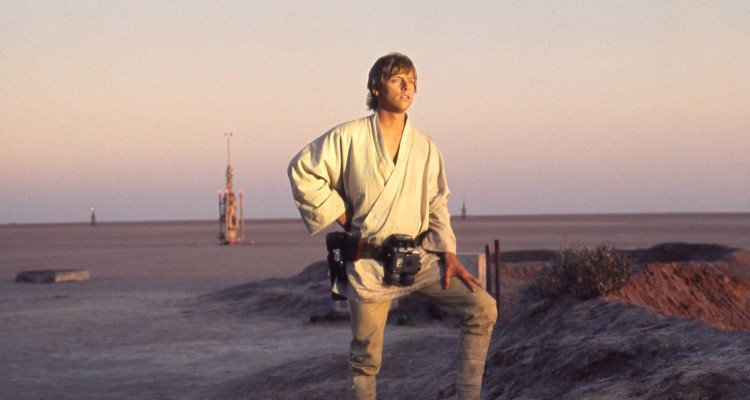 Underdogs in the Movies… From ‘Star Wars’ to ‘Little Miss Sunshine’

This week, ‘Dare to be Wild’ is released in Irish cinemas. Based on the true story of Mary Reynolds – played by Emma Greenwell – a young landscape artist who dreamed of competing at the famous Chelsea Flower Show, even though she was younger than her competition, and completely unknown.

To celebrate the release of ‘Dare to Be Wild’, Movies.ie has taken a look back at some other cinematic underdogs who made good. Keep reading to find out more…

STAR WARS: A NEW HOPE
The 1977 epic space opera that launched three trilogies – ‘Star Wars: A New Hope’ – is the story of a band of rebels who are outgunned and outnumbered, but still take on the might of the Galactic Empire. The rebels destroy the Empire’s space station The Death Star, with the hope that this will end the civil war that has engulfed the galaxy. Of course, a good villain is hard to kill, and although this may seem like it is the end for the evil Darth Vader, we all know that he comes back to terrorise another day.

THE MIGHTY DUCKS
After being arrested for drunk driving, successful lawyer Gordon Bombay (Emilio Estevez) is sentenced to community service, which takes the form of coaching a local Pee Wee Hockey Team. When Bombay sees the lack of equipment that the team has, and their abundance of passion but lack of skill, he realises he has his work cut out for him. ‘The Mighty Ducks’ is a film that has gained popularity over time, and its tale of a bunch of kids and an unenthusiastic coach may not be that original, but it is certainly a lot of fun… So much fun in fact, that the film spawned a real life team called The Mighty Ducks of Anaheim.

SCOTT PILGRIM Vs THE WORLD
In order to date the mysterious and alluring Ramona Flowers (Mary Elizabeth Winstead), Scott Pilgrim (Michael Cera) must first defeat her seven evil exes. Although Scott is the bassist in a band, he is rather awkward and has probably never been in a fight in his life. It’s a good job Ramona is worth fighting for. ‘Scott Pilgrim Vs The World’ is the story of a young man who fights for love, and has to take down an entire league of Ramona’s exes in order to date her. Scott takes on the challenge willingly, even though he may not be the one who survives…

COOL RUNNINGS
After a sprinter from Jamaica is disqualified from the Olympic Games, he comes up with a wonderful idea; the first Jamaican bobsled team. The only trouble is that not many people in this tropical country knew how to compete in a winter sport. The team struggles to find sponsorship, since no-one will take them seriously, and it looks like the Olympic dream of this team of underdogs is slipping out of their fingers. Although the team of ‘Cool Runnings’ may not have won medals at the Winter Olympics, the inspiring story of how they became strong enough competitors to be taken seriously is a heart warming one.

LITTLE MISS SUNSHINE
The Hooker family go on an 800 mile road trip to take the youngest member of their family – Olive (Abigail Breslin) – to the Little Miss Sunshine pageant in California. Olive is not the typical girl you would imagine competing in a pageant, but she has talent and passion, and her family cheering her along. Of course, family tensions come to the fore as they journey across the country, but they manage to pull together in the end and get Olive to the pageant. After dancing to Super Freak, during which the entire family invades the stage, Olive and the Hookers are banned from entering pageants in California. Although Olive may not win a medal in ‘Little Miss Sunshine’, she is clearly the winner of the pageant, as she walks away with the love of her family and gets to continue to live her life the way a child should.

Honourable mentions to… ‘Whip it’, ‘A League of Their Own’ and ‘Erin Brokovich’.

‘Dare to Be Wild’ is released in Irish cinemas on September 23rd 2016. Watch the trailer below…