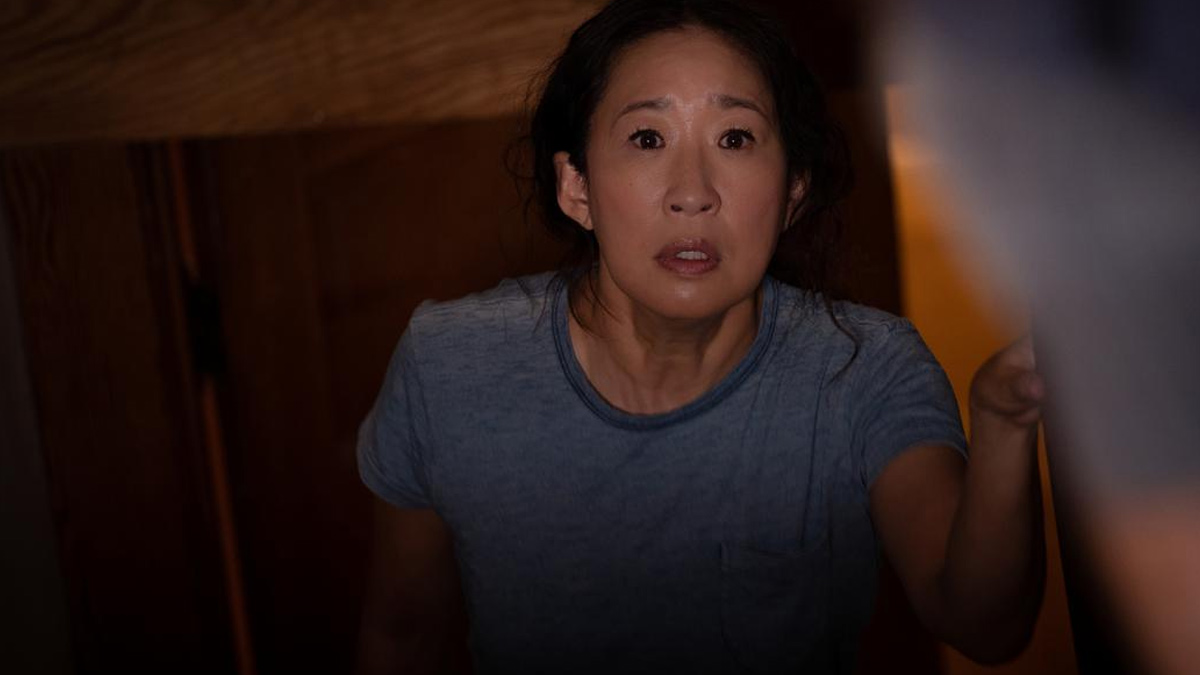 The Plot: Escaping a past trauma in South Korea, Amanda (Sandra Oh) is mostly living off the grid on an American farm with her daughter Chris (Fivel Stewart). Their beekeeping and honey business is starting to take off, which means more work. Amanda needs Chris to stay and support the business, but Chris yearns to escape the confines of the farm, go to college and discover the world. One day, Sandra’s uncle arrives unexpectedly and delivers a box containing the remains and belongings of Amanda’s late mother. And so Amanda’s trauma regarding her possessive mother resurfaces once again…

The Verdict: There’s a saying that women often end up like their mothers. That’s taken to new extremes by writer-director Iris K. Shim, as she relates the story of a mother from a South Korean version of hell in Umma – literally ‘mother’. This isn’t the wily matriarch of Bong Joon Ho’s terrific 2009 film Mother, but a vengeful spirit intent on getting good, old-fashioned revenge for an unforgivable act of rebellion by her American-based daughter Amanda. The spirit also wants to dig her claws into Amanda’s daughter and continue the spirit’s legacy into the next generation, preventing Chris from pursuing her own independence. What we have here then is an emotionally-charged story of generational trauma trickling down with the threat of it growing ever more dangerous with each supernatural encounter that Amanda has with her mother’s spirit. Or at least that’s what Shim would have us believe as an audience.

There’s no doubting the sincerity and the intent of Shim’s story, rooted as it is in South Korean folklore about honouring deceased relatives and keeping their memories alive through photos and personal possessions. That’s a very Asian perception which is intriguing in its own right and has the seeds of an interesting concept behind it. How might one develop that into a mature story which moves away from the long-haired Asian ghost girl trend that developed in the late 1990s with Ringu and instead deal with the supernatural on a deeply personal level? Unfortunately not the way that Shim has done so with her waterlogged script, which never really gets going or delivers the emotional punches required for a horror film like this to mean something more. She relies too much on conventional scares involving an out-of-focus figure in the background and a spooky mask which unfortunately don’t deliver the horror goods expected. The film is just too sedate to really make much of an impact or even be scary.

With the legendary Sam Raimi onboard as a producer, one would expect the film to have its own horror identity and know how to get the right balance of character and the supernatural. Following last year’s Oscar-winning Minari, it’s also interesting to see more diversity in Hollywood storytelling and the potential for this film to explore the horrors of domestic life and the legacy of misguided evil. Umma is a strange beast though. Not quite South Korean or American enough, it doesn’t come together in the way it should. It lacks dramatic tension and instead predictably turns on the idea that Amanda is literally becoming her late mother as the story gradually falls apart. There’s a decent turn from Sandra Oh here which does at least ground the film in some reality, but the material she’s working with is half-baked and doesn’t bring these two clashing worlds together convincingly. An honourable but ultimately failed attempt at exploring generational trauma, Umma is as muddled as being dragged backwards through mud on a moonless night. There are better, more-deserving horror films out there right now like X and The Cellar. 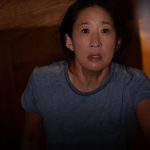 In short: Muddled as mud