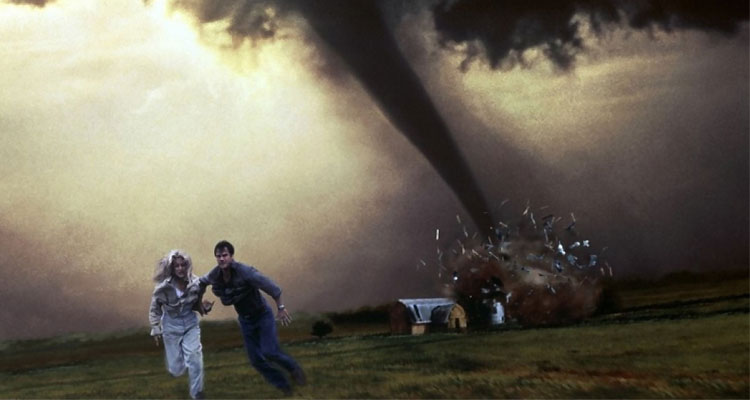 Variety has confirmed that a reboot of the Jan De Boot-directed disaster movie ‘Twister’ is on the cards at Universal, with the studio looking at Joseph Kosinski (‘Top Gun: Maverick,’ ‘Oblivion,’ ‘Tron: Legacy’) for the director’s chair.

Released in 1996, the original film starred Bill Paxton and Helen Hunt as advanced storm chasers on the brink of divorce, who must join together to create an advanced weather alert system by putting themselves in the cross-hairs of extremely violent tornadoes.

Penned by the late Michael Crichton and executive produced by Steven Spielberg, the original film was a massive hit – raking in €439 million at the worldwide box office.

TOP GUN: MAVERICK is scheduled to arrive in Irish cinemas on December 23, 2020.