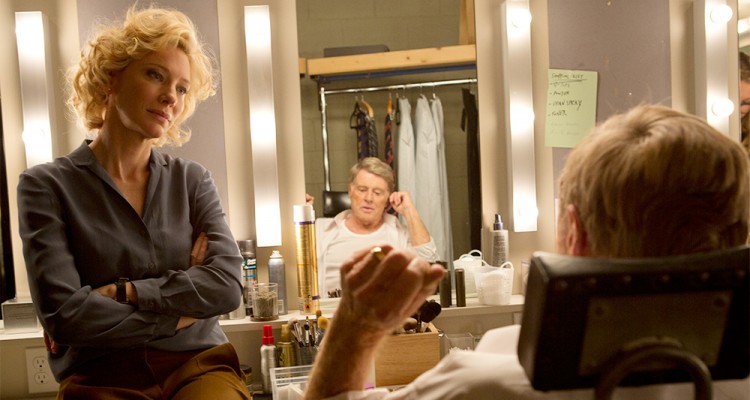 TRUTH (USA/15A125mins)
Directed by James Vanderbilt. Starring Cate Blanchett, Robert Redford, Topher Grace, Elisabeth Moss, Bruce Greenwood, Stacy Keach, John Benjamin Hickey, Dermot Mulroney, Dennis Quaid.
THE PLOT: It’s 2004, and Mary Mapes (Blanchett), the acclaimed, award-winning producer of the top American news show “60 Minutes”, stumbles across evidence that suggests that US President George W. Bush – currently running for re-election – may have dodged combat during the Vietnam War by getting drafted into the National Guard.
With the show’s veteran presenter Dan Rather (Redford) quickly onboard, Mapes pulls together an investigative team to try and confirm the reports, finally receiving confirmation from former Texan National Guard lieutenant colonel Bill Burkett (Keach). But there are forces afoot to shoot them down…
THE VERDICT: Hot on the heels of the Oscar-winning ‘Spotligh’t comes another true-life drama of a newsroom daring to turn whistle-blower on an American institution. Based on Mary Mape’s 2005 memoir, this time, it’s not the Catholic Church and their fondness for children but the even more biblical Bush dynasty. That the shocking revelations don’t quite go David’s way this time will prove something of a rug-puller for those unfamiliar with the original 2004 scandal, and ‘Truth’ certainly leaves an odd after-taste.
Nonetheless, it’s all done in the best possible taste, with heavyweights Blanchett and Redford doing what heavyweights Blanchett and Redford do. The casting of the latter is almost cheeky, given his leading role in 1976’s Nixon-nixing ‘All The President’s Men’. That ‘Truth’ – which debuted in Toronto in September – hasn’t really garnered any awards heat reflects its ultimate lack of a kill. And director Vanderbilt’s killer instinct.
RATING: 3/5
Review by Paul Byrne