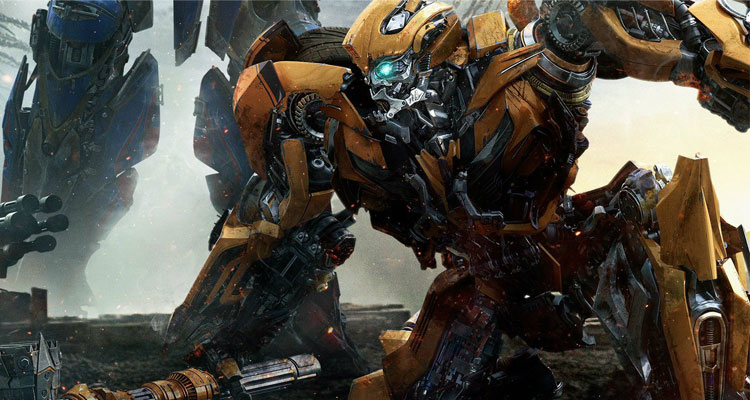 Josh Duhamel is something of a Transformers veteran, he’s been part of Michael Bay’s team since the franchise launched in 2007. His character William Lennox has become more powerful in each movie, rising from captain, to major, to lieutenant to colonel in the latest instalment ‘The Last Knight’ which hits Irish cinemas this month.

Do you remember your audition for the first film?

I’ll never forget it. It all started a few months earlier when I was meeting with Michael’s producing partners on another project. Michael pokes his head in to say hi and introduce himself, and then invites me to check out what he was working on. It was Transformers. And I just remember thinking: “That doesn’t seem like a very good idea,” (laughs)… That is, until I went over to look at what he was working on. Two months later, I get a call saying Michael wanted to see me for a part in it. So I went to his office. It was just the two of us. We quickly ran through some different lines and then he started testing me. “Say it like this… Try this… Try that…” Much later I realized he was testing to see whether or not I could adjust on the fly. That’s really the biggest challenge in these movies as an actor. In most things, you have lines from the script, you rehearse those lines, and then you play them. In a Michael Bay movie, it’s much different, especially with this character and the situations he’s in. He’s always in the middle of some battle or some big action sequence where things get quite fluid. Sometimes, it changes completely and you have to be ready to react to whatever he throws at you.

How has your character progressed over the years?

Well, I’m a little bit grayer than I was the first time, for sure (laughs). When I went in to see Michael for the first time on this one, because I wasn’t in the one before… Well, they were going to color my hair. And then when he saw me, he was like, “You know what, pal? You’re a colonel now. I like it!” So they let me be a little more grizzled and weathered. So physically, the look has changed. The character has become more hardened I think and wise in a lot of ways, just because he’s been through so much and has been working with and against these things for so long now. He knows how helpful and how harmful they can be to the human race… I’d say he’s a little bit darker than he was in the beginning, which I like. It also gives the character a little more weight.

What’s it been like working with Mark Wahlberg? What has he brought to the series?

Mark’s the best, he really is. And he’s still a regular guy. He’s still a kid from Boston. He’s still scrappy and comes to work ready to go, every single day, and I love that about him. I think he’s brought a lot to it. Shia was amazing too, in his own right. But Mark is a completely different animal. I think Mark, in these last two movies, we’ve really seen him come to the fore. I guess there’s just more of a maturity about what he brings to it, whereas with Shia it was more of a youthful thing. They both really ground the movies, which is crucial, but in different ways.

It’s a lot of chaos, because there’s always so much going on. You see all the latest and greatest equipment around. You see jets flying overhead. You see helicopters. You see giant cranes and gimbals, flopping people around… I mean, there’s nothing like stepping on the set of a Transformers movie and feeling the energy of it. Because you have to bring it every day. And it’s taught me a lot about how we are all able to take on more than we ever thought we could. Mark is a great example of that. Michael Bay is great example of that. The producers on these movies, the camera guys… Every single department has to bring their A-game. There’s a tremendous amount of pressure to deliver. You can feel that on the set. But at the same time, you feel good about it. And that’s why everybody keeps coming back. That’s why most of the crew has been there, throughout. That energy is something that you don’t find in a lot of other places.

Why has the Transformers series proved so popular with audiences for so many years?

It’s the unique idea of robots and cars. It’s the insane action that is unique to Michael Bay. There’s also humor there – Michael finds a way to find humor in these stories, which is great. And in the end, he makes it all look so real. It feels as if it could really happen and I think there’s something really tangible about that. You know, you look at a car driving down the street the next day and you wonder, what would happen if that thing just turned into a robot?

TRANSFORMERS : THE LAST KNIGHT is now showing in Irish cinemas