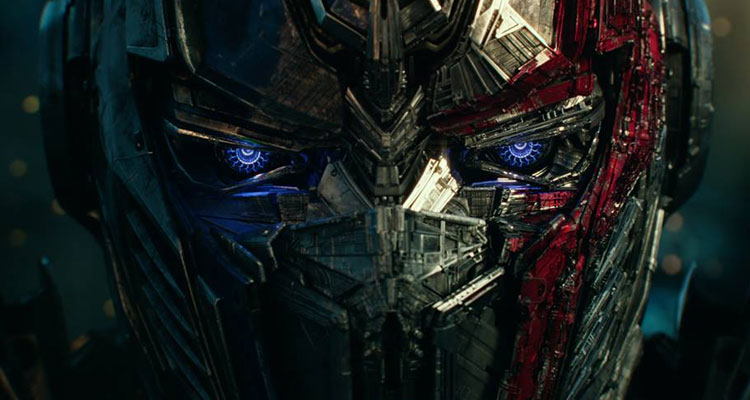 Movie Review
Transformers: The Last Knight (USA, 12A, 149 mins)
In short: Exhausting
Directed by Michael Bay. Starring Mark Wahlberg, Anthony Hopkins, Laura Haddock, Isabela Moner, Josh Duhamel, Stanley Tucci, Peter Cullen.
The Plot: Optimus Prime (Peter Cullen) has left Earth to find his homeworld of Cybertron. Just as well, as Earth is no longer a welcoming new home to autobots. With more autobots arriving by the day, they’ve been outlawed. A special task force led by Colonel Lennox (Josh Duhamel) is tasked with hunting them down with the help of Megatron. Inventor Cade (Mark Wahlberg) is still hanging out with Bumblebee and other renegade autobots in his desert junkyard. This makes him a target for the task force, but Sir Edmund (Anthony Hopkins) and historian Vivian (Laura Haddock) get to him first. The future of both humans and autobots hangs in the balance, with the hope of salvation lying in the past. In the secret history of Arthurian legend…
WATCH THE TRAILER
The Verdict: The fifth entry in the decade-old cinematic Transformers franchise proves that correctly-held belief that the longer a franchise goes on, the more removed it becomes from its origins. What started out as a fun, amusing boy-and-his-autobot story has now grown so big that it can barely contain its story within the screen itself. The film literally seems to be spilling off the edges of frame, all $260m (!) of it, even in immersive IMAX 3D.
Is it any good though? Well, not really… Early in the development phase, Michael Bay gathered a room full of writers to map out potential stories for a fifth film. With four final credited writers, the script is something of a mess. It’s incredibly busy, packing in an insane amount of characters, locations and human / autobot conflicts. The phrase ‘less is more’ just doesn’t apply to Bay. There’s always another sub-plot to add in, even if it adds little to the story, like the scavenger kids who disappear for a large chunk of the film.
The script is full of non-sensical clangers too. Exhibit A: ‘dude’-quoting Hopkins yelling at tourists to get out of a vintage WWII submarine. Followed by said submarine being used for a vital underwater mission, complete with a glass viewing gallery on the prow. Eh? Glass on a submarine? And how is it fuelled and fully operational over 70 years later? Go figure. That might just be nit-picking, but the script is so incoherent anyway that it’s an easy target. If anything, it borrows liberally from Man Of Steel’s terra-forming plot.
There is some good stuff here, like the typically well-orchestrated, IMAX-shot Bayhem. The opening Arthurian battle sequence is a thrilling highlight – if only King Arthur: Legend Of The Sword had been more like that. When he’s not over-excited, Hopkins brings some gravitas to the doomsday scenario too. There are only so many apocalyptic scenarios a Transformers film can play out before it becomes jaded though. It’s too much to take in, so the film becomes quite exhausting as it pushes the 2.5 hour mark. Perhaps conscious of the running time, Bay allows the end credits to zip by in a flash rather than the usual 10 minutes.
Having said that he was finished with Transformers on previous entries, Bay now seems to have finally signed off with an ear-deafening bang. It might have been better if he had left after the third entry, Dark Of The Moon. If this franchise is going to continue, then it really needs a new creative direction who can tone down the excess and bring the Transformers back to a character-driven summer popcorn film.
Rating: 2 / 5
Review by Gareth O’Connor.
Exhausting
2
Exhausting