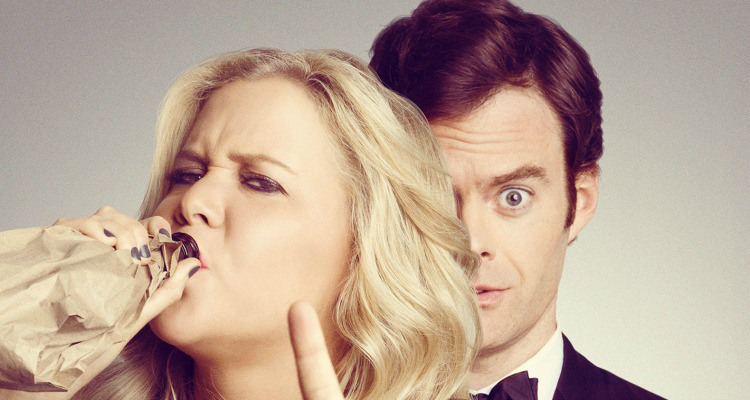 Irish movie fans are in for a treat, as it was announced today that Amy Schumer, Bill Hader and Director Judd Apatow will be in town for a special event screening of their new film TRAINWRECK!

Universal Pictures Ireland and the Dublin International Film Festival are proud to present a one-off, very special screening of TRAINWRECK at the Savoy Cinema, Dublin on Friday August 14th. Stars of the film Amy Schumer and Bill Hader, as well as legendary comedic director Judd Apatow will be in attendance at the screening for a very special red carpet event. Tickets are €11 and available to purchase on www.diff.ie

TRAINWRECK stars Amy Schumer as a magazine writer, who enjoys what she feels is an uninhibited life free from stifling, boring romantic commitment—but in actuality, she’s kind of in a rut. When she finds herself starting to fall for the subject of the new article she’s writing, a charming and successful sports doctor named Aaron Conners (Bill Hader), Amy starts to wonder if other grown-ups, including this guy who really seems to like her, might be on to something.

Amy Schumer is a star on the rise, after her Comedy Central series INSIDE AMY SCHUMER was nominated for a Primetime Emmy. TRAINWRECK also stars Bill Hader, Brie Larson, John Cena, Tilda Swinton and LeBron James, so tickets to this very special screening of TRAINWRECK are bound to go fast. Grab yours here.

TRAINWRECK is in Irish cinemas from August 14th 2015