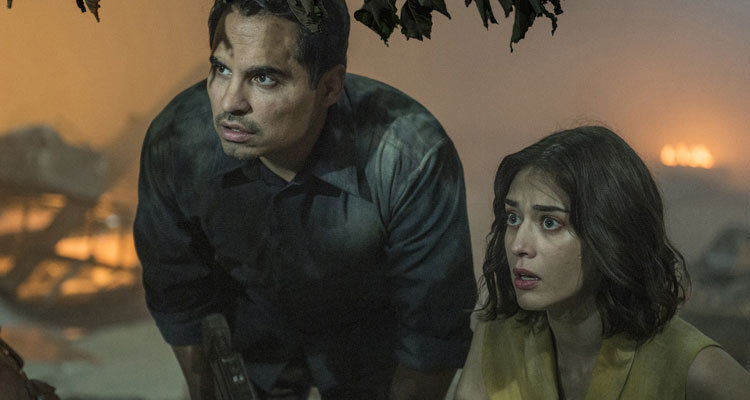 “I think these dreams are the future.” Promising first trailer for director Ben Young’s sci-fi thriller, coming to Netflix on July 27. 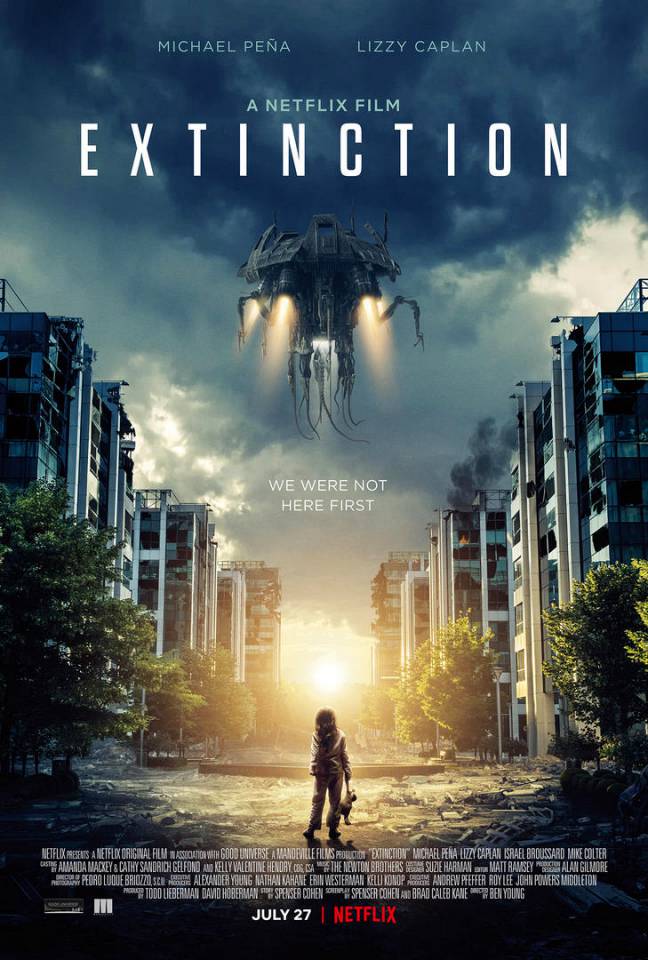 A father has a recurring dream of losing his family. His nightmare turns into reality when the planet is invaded by a force bent on destruction. Now, fighting for their lives, he comes to realize an unknown strength to keep them safe from harm. Starring Michael Peña, Lizzy Caplan and Mike Colter. Extinction premieres July 27, only on Netflix

EXTINCTION arrives on Netflix on July 27.