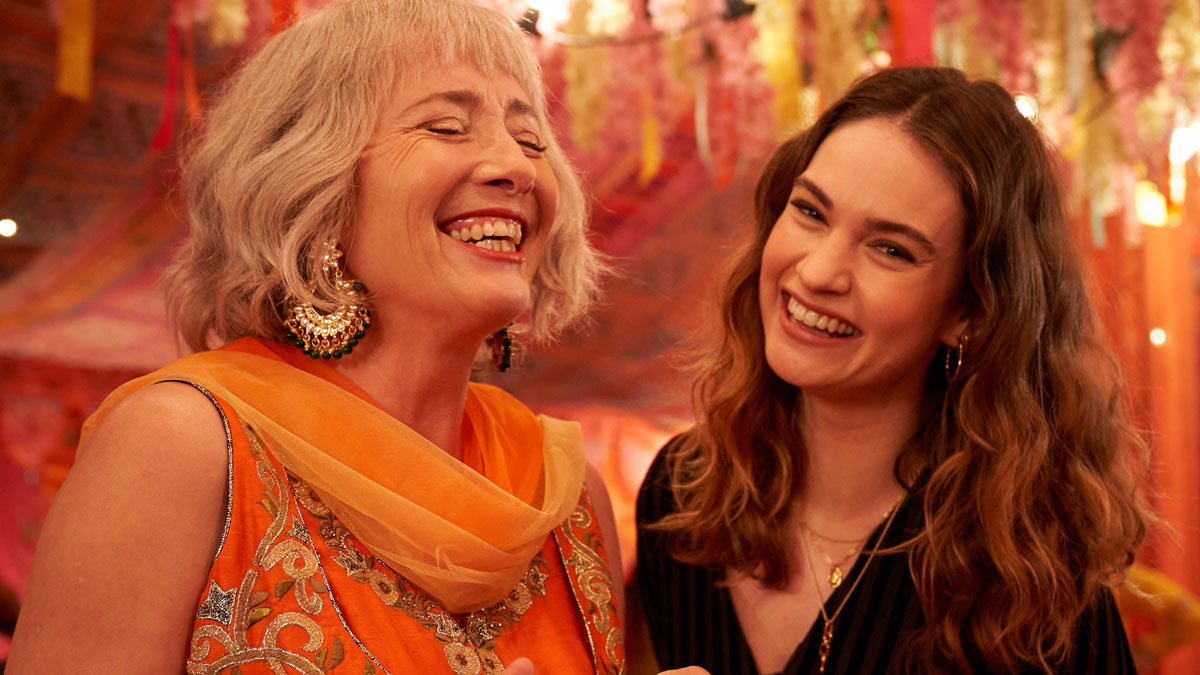 TRAILER : Lily James stars in cross-cultural rom-com WHAT’S LOVE GOT TO DO WITH IT?

Feast your eyes on the brand new trailer for WHAT’S LOVE GOT TO DO WITH IT? ahead of the film’s World Premiere at the Toronto Film Festival. This cross-cultural British rom-com from ‘Elizabeth’ director Shekhar Kapur stars Emmy nominated Lily James, as an unlucky in love Londonder who becomes emotionally entangled with her childhood friend and neighbour Kazim (played by Shazad Latif) after he recently entered an engagement for an arranged marriage with a woman from Pakistan.

The official movie synopsis reads , “How do you find lasting love in today’s world? For documentary-maker and dating app addict Zoe (Lily James), swiping right has only delivered an endless stream of Mr Wrongs, to her eccentric mother Cath’s (Emma Thompson) dismay. For Zoe’s childhood friend and neighbour Kaz (Shazad Latif), the answer is to follow his parents’ example and opt for an arranged (or “assisted”) marriage to a bright and beautiful bride from Pakistan. As Zoe films his hopeful journey from London to Lahore to marry a stranger, chosen by his parents, she begins to wonder if she might have something to learn from a profoundly different approach to finding love.”