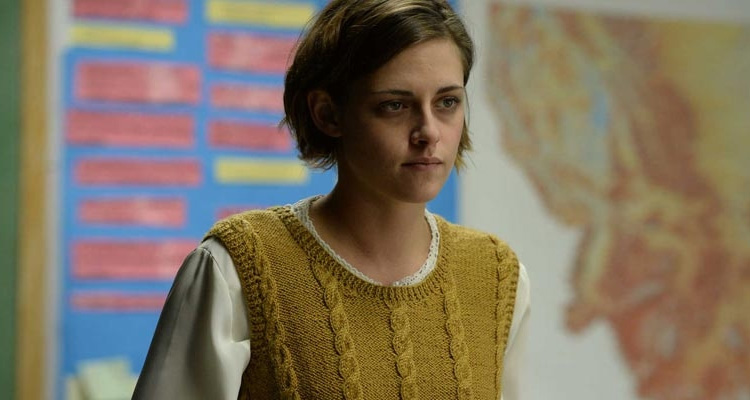 “No one understands what my life has become.” First trailer for ‘Meek’s Cutoff’ director Kelly Reichardt’s interwoven tales of four women in small-town America, where each is imperfectly blazing a trail. 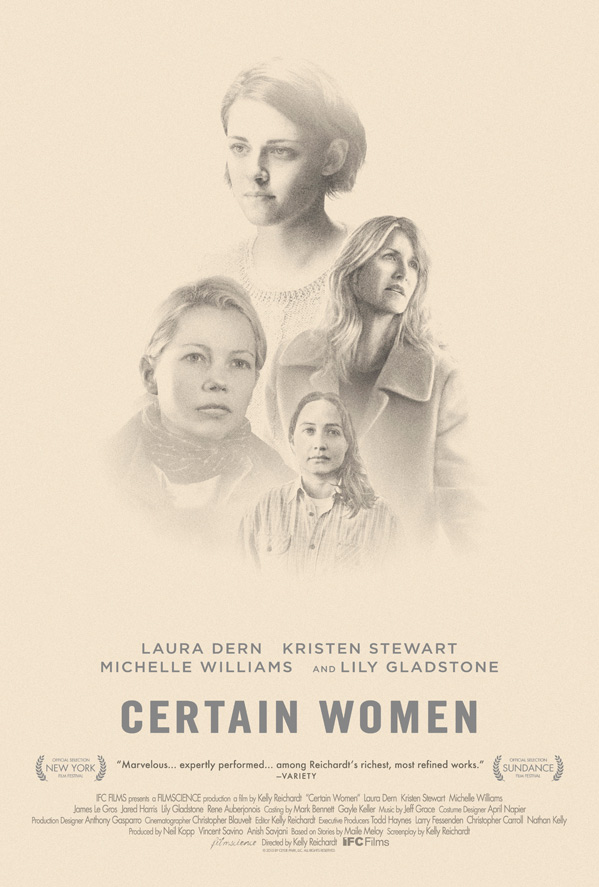 CERTAIN WOMEN is a stirring look at four women striving to forge their own paths amidst the wide-open plains of the American Northwest: a lawyer (Laura Dern) who finds herself contending with both office sexism and a hostage situation; a wife and mother (Michelle Williams) whose determination to build her dream home puts her at odds with the men in her life; and a young law student (Kristen Stewart) who forms an ambiguous bond with a lonely ranch hand (newcomer Lily Gladstone). As their stories intersect in subtle but powerful ways, a portrait emerges of flawed, but strong-willed individuals in the process of defining themselves.