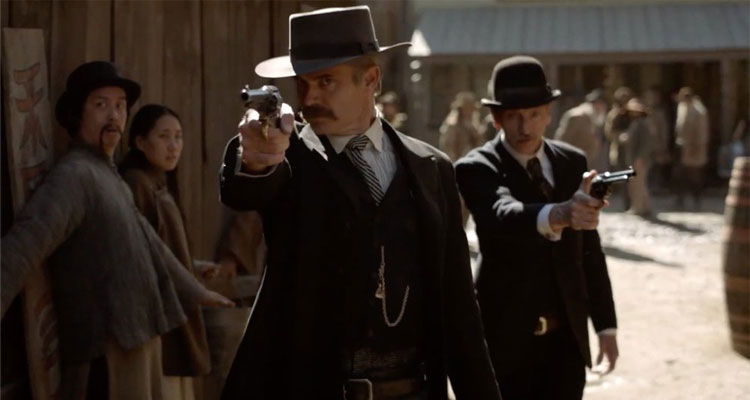 Trailer: Get A First Look At The Highly-Anticipated DEADWOOD: THE MOVIE

“You ever think of not going straight at a thing?” Rejoice hoopleheads! HBO has unveiled the first footage for its upcoming ‘Deadwood’ movie, and confirmed that the two-hour long feature will air stateside on Friday, May 31st on HBO.

Taking place 10 years after the series ended, the movie sees the indelible residents of Deadwood  reunite to celebrate South Dakota’s statehood in 1889. However, former rivalries are reignited, alliances are tested and old wounds are reopened, as all are left to navigate the inevitable changes that modernity and time have wrought.

DEADWOOD: THE MOVIE premieres stateside on Friday, May 31 on HBO, with Sky Atlantic expected to air it soon after.