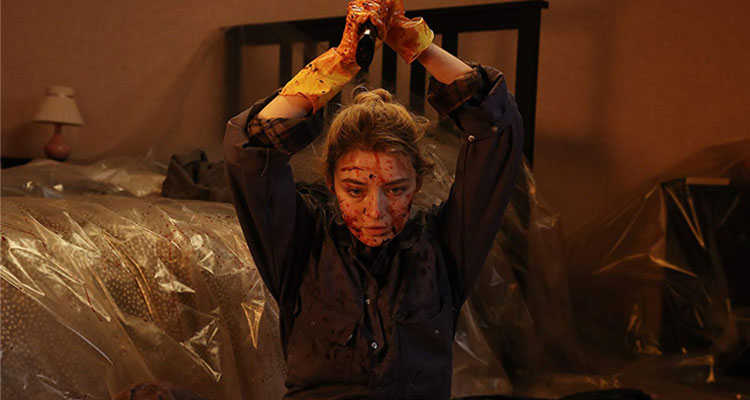 Directed by Abner Pastoll and starring Sarah Bolger. ‘A Good Woman Is Hard to Find’ is a dazzling, dark and daring journey through Northern Ireland’s criminal underbelly.

Raising a child alone is never easy. Recently widowed young mother Sarah (Sarah Bolger) is struggling to cope through uniquely harrowing circumstances, living in a rough neighbourhood that’s largely under the control of a cruel drug baron (Edward Hogg). Her son, Ben (Rudy Doherty), hasn’t spoken a word since the day he watched his father get knifed to death on their very estate. Dismissing the crime as thugs killing each other, Police haven’t done a thing to help, and Sarah’s very much on edge. One day, a local dealer (Andrew Simpson) breaks into her home. He’s ripped off the neighbourhood kingpin and insists on stashing his take in her place. Fearful for the wellbeing of her son and having zero confidence in the police helping them, she allows him to. He keeps coming back. She doesn’t know what to do. But she’s got to do something.

A GOOD WOMAN IS HARD TO FIND will have its World Premiere as the closing night film of London’s FrightFest Film Festival on August 26, before hitting cinemas and Digital HD on October 25.