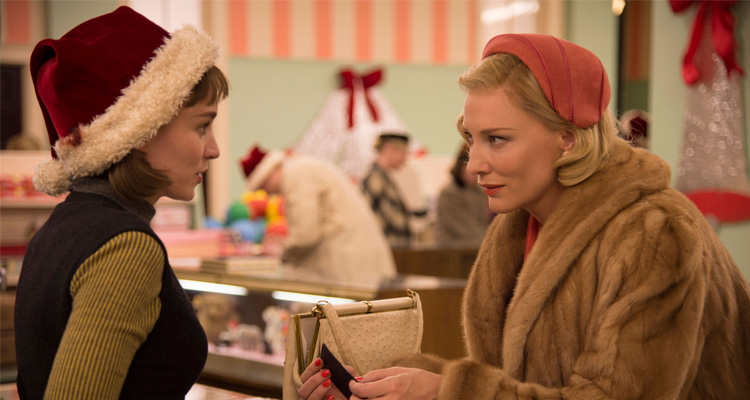 In New York in the early 1950s, Therese Belivet (Rooney Mara), is working in a Manhattan department store and dreaming of a more fulfilling life when she meets Carol Aird (Cate Blanchett), an alluring woman trapped in a failing marriage. As an immediate connection sparks between them, the innocence of their first encounter dims and their connection deepens.

When Carol’s involvement with Therese comes to light, Carol’s husband retaliates by challenging her competence as a mother. And as Carol and Therese take refuge on the road, leaving their respective lives behind, a confrontation emerges that will test each woman’s assumptions about herself and commitments to one another.