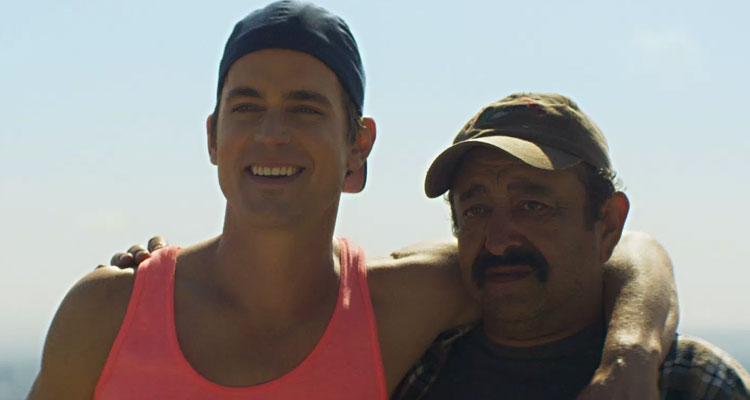 “I bet you think I’m crazy. Loco.” Official trailer for Irish writer/director John Butler’s latest offering, a comedy/drama about a lonely TV weatherman who strikes up an unusual friendship with a middle-aged Latino migrant worker.

After a newly-single TV weatherman (Matt Bomer) is put on leave following an on-air meltdown, he directs his energy into home improvement and hires a middle-aged Latino day laborer named Ernesto (Alejandro Patiño) to help. Despite a language barrier and having nothing in common, the two men develop an unexpected but profound friendship in this darkly comedic reflection on class, ethnicity, and companionship in contemporary Los Angeles.