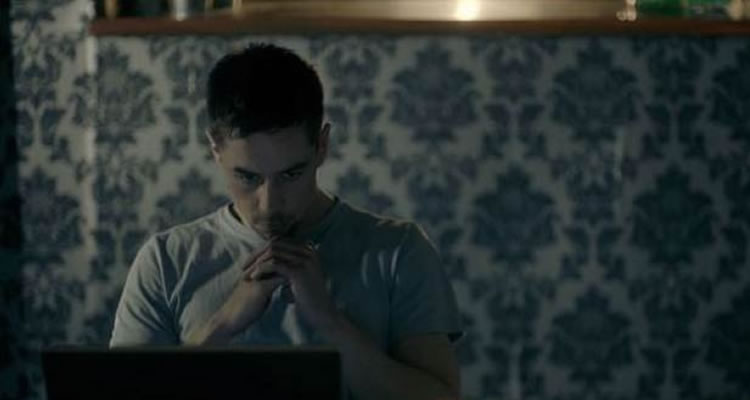 TRADERS (Ireland/16/90mins)
Directed by Rachael Moriarty, Peter Murphy. Starring Killian Scott, John Bradley, Peter O’Meara, Nika McGuigan, Barry Keoghan, Tom Davis, Olwen Fouere, Laurence Kinlan, David McSavage.
THE PLOT: Having recently been let go from their high-paying jobs, three ex-co-workers quickly become two after a swift econicide drive straight into a tree, laving Harry Fox (Scott) and Vernon Stynes (Bradley) more than a little shaken. And desperate.
For numbers whizz Vernon, one of his new money-making schemes piques the increasingly desperate Harry’s ear – an online site, Traders, where you anonymously stake money for a low-budget gladiator battle in a remote spot. Once you’ve both dug the grave first, of course.
THE VERDICT: A movie that’s so very nearly brilliant, ‘Traders’ is one of those rather cool high-concept outings that give the likes of Quentin Tarantino a major hard-on.
Only trouble is, this hard-on doesn’t quite sustain its 90-minute duration, with the odd clang of untruth gradually drowning out that early solid groove.
Not that you can fault the cast, Scott playing to his Paddy Wahlberg strengths, and ‘Game Of Thrones’’ John Bradley (you’ll know him as Samwell Tarly) utilising his trademark pubescent Oliver Hardy sensitivity. It’s just that, the rush of ‘Fight Club’ or ‘Battle Royale’ is absent, and Moriarty and Murphy (who have worked together for 20 years) don’t quite have the chops to go all Haneke on our heads either.
What you’re left with is an intriguing, well-crafted Kafkaesque fable that satisfies without ever delivering that crucial killer punch.
RATING: 3/5
Review by Paul Byrne